Mike Pence's Neighbors Are Trolling Him With Gay Pride Flags

Neighbors in the Washington, D.C., neighborhood where Vice President-elect Mike Pence has temporarily relocated ahead of his January inauguration are trolling the governor with rainbow gay pride flags, according to a local news report.

ABC affiliate WJLA-TV reports that when Pence temporarily moved into a home in northwest Washington to prepare for his new job, neighbors displayed the pride flag outside to criticize his stance on LGBT issues. Pence signed the controversial “Religious Freedom Restoration Act” as governor of Indiana, which allows businesses to decline to serve people if they say it conflicts with their religious beliefs.

“I have no idea what he will think about, but I hope he will change his mind,” neighbor Ilse Heintzen told WJLA-TV. “This is one way that I can show my disagreement.” 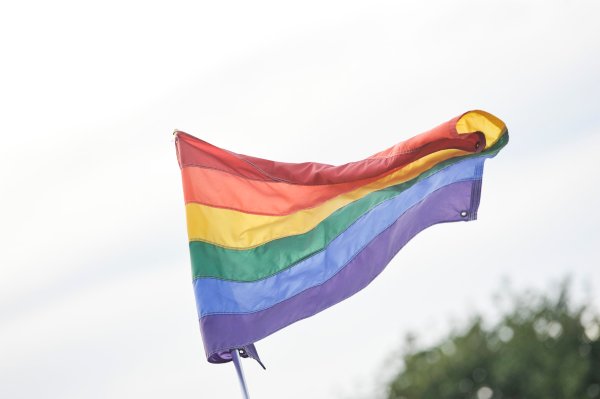 Why I Became an LGBTI Activist in a Country Where Homosexuality Is Illegal
Next Up: Editor's Pick