Former British Prime Minister Tony Blair has created a new policy unit to defend the political center and tackle the polarizing effects of populism, as nationalist and anti-immigration politicians in Europe, the U.S. and beyond threaten to upend the world order.

The unit will be part of a new non-profit institute that will include three of Blair’s other research organizations: the Initiative for the Middle East, the Tony Blair Faith Foundation and the Africa Governance Initiative. The “fourth pillar” of the new umbrella organization will “build a new policy agenda for the centre ground” in order to find “an answer to the new populism of left and right which exploits the anger and drives the world apart,” Blair says in a statement on his website.

In a nod to the spread of disinformation in the run-up to the Brexit vote and the U.S. elections, Blair says the new unit will “allow a reasonable and evidence based discussion of the future which avoids the plague of social media-led exchanges of abuse.”

The former Labour leader says Europe will not be the policy unit’s “exclusive domain,” as “the Europe debate is a lightning rod for the whole of politics.”

“This new populism may differ in some respects between left and right – the left anti-business, the right anti-immigrant – but in others what is remarkable is the convergence between them,” his statement says, “especially around isolationism and protectionism, in what is an essentially closed-minded approach to globalisation and its benefits and to international engagement.”

Blair — who led the U.K. from 1997 to 2007 — says he will not be returning to frontline politics, despite some reports to the contrary in the U.K. “However, I care about my country and the world my children and grandchildren will grow up in; and want to play at least a small part in contributing to the debate about the future of both. ” 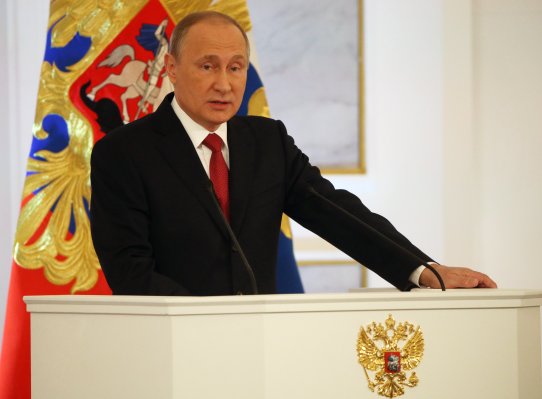