Photo-illustration for TIME by Arthur Hochstein with photographs by Spencer Jones-Glasshouse
By Olivia B. Waxman

Every year since Charles Lindbergh landed on the cover of TIME as 1927’s Man of the Year, the magazine’s editors have named a Person of the Year, that individual—or idea, or group—who has most influenced the year’s news, for better or worse.

Ten years ago, however, TIME chose not to put a famous person on the cover of the annual Person of the Year issue. Instead, they placed an order for 6,965,000 pieces of reflective material so that you—yes, you!— could be on the cover.

As then-Managing Editor Richard Stengel explained, the choice (and the attendant cover design) was a result of the recognition that, largely thanks to the power of the Internet, individuals were wielding power in new and dramatic ways:

So it should have been no surprise that you—TIME’s readers—took the chance to respond to the choice.

In letters to the editor, many readers expressed the idea that the choice was a “well-deserved recognition” for Internet users. But many others thought the selection was a cop-out. An Austin, Texas, reader’s reaction to seeing “You” on the cover was “Ewww. It’s sad that a once important cultural touchstone has devolved into the equivalent of everyone-gets-a-trophy day at summer camp.” A Manhattan Beach, Calif., reader argued that the choice “completely missed the real power of the Internet,” suggesting a better pick to reflect the power of the Internet would have been Craigslist founder Craig Newmark for creating a website that caters to “the real stuff of daily life.”

The cover has endured as a joke—for example, one Reddit user wondered aloud whether it was worth mentioning in a cover letter—but the logic behind the choice has more than endured. People who share images, videos, ideas and even fake news have been driving the news cycle in innovative ways for the past 10 years and will likely continue to do so for years to come.

In other words, you have taken to heart the ideas expressed by one Stamford, Conn., reader all the way back in 2006: 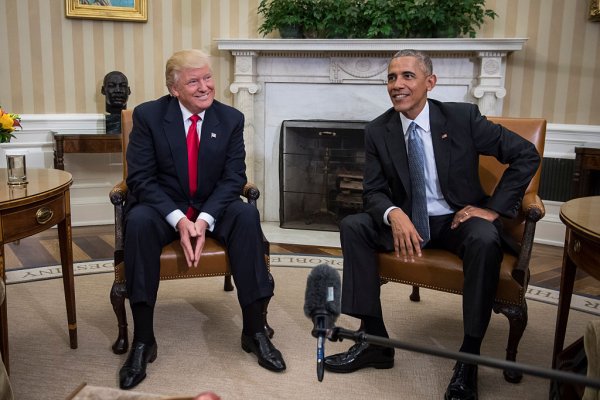 Donald Trump Says He 'Really' Likes President Obama: 'I Love Getting His Ideas'
Next Up: Editor's Pick