People Were Really Mad About This Restaurant’s Anti-Tattoo Policy. So They Got Rid of It

A Texas restaurant chain has rescinded a policy against face and neck tattoos after customers took issue with the ban.

Little Woodrow’s, which has 16 locations across Texas, implemented a policy requesting those with face and neck tattoos to cover them up before entering the establishment. The restaurant came under fire after a man named Joeseff Rivera tried to visit its Midland location said he was denied entry into the bar because of his face tattoo.

Rivera posted a video on Facebook, which has more than 32,000 views, saying he was not allowed in the bar. The video drove many tattoo enthusiasts to decry the policy on social media and leave several one star reviews on Little Woodrow’s Facebook page.

Philip Brinson, the company’s attorney, said in a statement that Little Woodrow’s “does not have an issue with tattoos,” and had implemented the policy at only two of its locations.

“At those locations, we implemented a policy where we requested that neck and/or facial tattoos not be openly displayed,” he wrote. “After further review, we have rescinded this policy.” 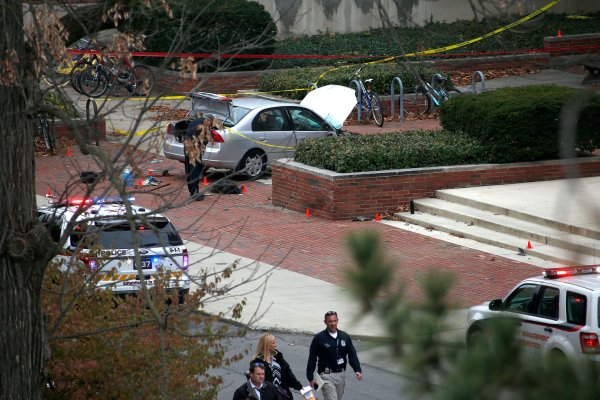 OSU Attacker May Have Been Inspired by Extremists
Next Up: Editor's Pick