As if we haven’t already had an excess of presidential election madness this year, now comes a bit player with 1% of the vote demanding recounts which cannot possibly help her in three states.

Jill Stein, the Green Party candidate, who couldn’t get traction in molasses, is seeking to extend her 15 seconds of fame by seeking a complete manual recount of ballots in Wisconsin, where 98.9% of some three million votes were cast for other candidates, and where Trump defeated Clinton by 22,000 votes. She is threatening to do the same in Michigan and Pennsylvania, which Donald Trump won by 10,000 and 70,000 votes, respectively, and she has apparently raised millions of dollars from wealthy mischief-makers to finance her quixotic adventure. She admits to having zero evidence of voting improprieties to justify the recount; only “grave concerns” about the “integrity of the process” she alleged in one filing. The Clinton campaign, which also disclaims any “actual evidence” of voting misconduct, has jumped on Stein’s bandwagon. There is no evidence yet that the Clinton campaign put Stern up to her feckless frolic.

Needless to say, these developments irked Donald Trump, who characteristically reacted by making a distracting and counterproductive assertion that millions of fraudulent votes had given Hillary Clinton the popular vote victory—which is irrelevant to a presidential election—thus providing unforced error credence to the otherwise baseless Stein/Clinton recount requests.

Trump was excoriated during the campaign when he had the temerity to suggest that he would wait until there had been a vote before committing not to challenge the outcome of the vote-count. Clinton called his stance “horrifying;” she was apparently shocked that any losing candidate would contest an election outcome. Now that the proverbial shoe is on the other foot, the notion of even an utterly hopeless challenge is apparently not so horrifying.

Demands for recounts are occasionally justified in close races and often sought in good faith. Al Gore had ample justification to insist on a recount in Florida 16 years ago when initial counts had him trailing George Bush by a razor-thin margin in the 2000 presidential election—whatever one might think of the absurd manner in which the recount was attempted. But recounts are expensive, time-consuming distractions when the outcome of a presidential election is clear and the winner has begun the serious work of assembling a new government—a very difficult task in the best of times.

Stein has reportedly raised over $6 million from individuals determined to undermine the legitimacy of the Trump election. There’s no other conceivable justification for it. And, the Clinton campaign—stung by a devastating and unanticipated defeat—is only too happy to play along, professing simply a passive observer role. But her lawyers at the same time assert an “obligation” to her millions of supporters “to participate” in the challenge. It didn’t take long for honor to metamorphize into a civic duty.

Recounts should be reserved for seriously close races where there are legitimate, credible claims of misconduct, error or fraud. Especially in presidential elections where faith in the system is essential to the vital task of governing this country.

President Nixon did the right thing in 1960 when he declined to challenge Jack Kennedy’s questionable victory in Illinois and elsewhere. Al Gore, similarly, graciously conceded after his unsuccessful challenges to the Florida vote in 2000.

Presidential elections are by their very nature highly contentious. The stakes are high, the battles intense and drawn out, emotions are rubbed raw. But the Constitution and federal statutes specify timetables that require all questions about the tabulation of votes be resolved promptly after the November election and well before the January 20 inauguration. Our democracy depends on peaceful acceptance of the outcomes of presidential elections. Unnecessarily prolonging a divisive contest is corrosive and destructive. Stein and her enabling donors and abettors should give up and save their time and money for something constructive. They serve no good purpose with their ill-conceived challenges. 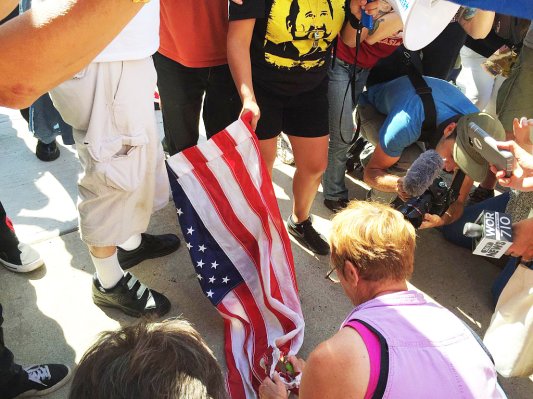 Here Are the Only Times the U.S. Government Can Revoke Your Citizenship
Next Up: Editor's Pick