Everything You Need to Know About TIME's Person of the Year

Every year, TIME names the person (or people) who wielded the most influence in the previous 12 months. In 2020, TIME’s editors chose President-elect Joe Biden and Vice President-elect Kamala Harris. Other recent choices include climate activist Greta Thunberg, the youngest individual ever named Person of the Year, the Silence Breakers who spoke out against sexual assault and harassment in 2017, and Donald Trump in 2016.

Each year, readers have questions about how the Person of the Year was chosen. Here’s what you need to know about the process.

When did Person of the Year start?

Though the issue has become a signature feature for TIME, it started as a whim. Over the week of New Year’s Day in 1928, the editors of the magazine struggled to find someone to write about during a slow news period—so they decided to feature one person who had been influential the year before. “This was an easy choice,” wrote then-publisher P.I. Prentice in a 1945, issue looking back on the decision. “Charles Augustus Lindbergh, who had soloed the Atlantic in only 33 hours and 39 minutes, was the hero of 1927.” As a bonus, he hadn’t appeared on the cover before, and this rectified that oversight. The cover line dubbed him “The Man of the Year” and a tradition was born. Though Wallis Simpson became the first “Woman of the Year” in 1937, the title did not become gender neutral until 1999.

What does it mean to be Person of the Year?

The title goes to “the person or persons who most affected the news and our lives, for good or ill, and embodied what was important about the year, for better or for worse,” as former Managing Editor Walter Isaacson wrote in the 1998 issue. That means the person is not necessarily a hero—Adolf Hitler, for example, was Person of the Year in 1938, with a cover showing him playing a ghastly organ and a cover line touting, “From the unholy organist, a hymn of hate.” Stalin got the nod twice, while the selection of Iran’s Ayatullah Khomeini in 1979, when the magazine called him “the mystic who lit the fires of hatred.” And some choices have been ambiguous; take Newt Gingrich, who was a hero to some and a menace to others.

How secretive is the process?

Even within the newsroom, very few people know who the Person of the Year will be. The announcement is made publicly before the issue goes to the printers, to make sure no leaks ruin the surprise.

What’s the deal with the reader’s choice poll?

While TIME’s editors make the final decision about who is the Person of the Year, the magazine also invites readers to weigh in on who they think has earned the title. The online poll is a valuable way to see who the Internet thinks has most affected their lives. In early years, before the Internet, readers were invited to weigh in by mail, with their suggestions often filling the letters-to-the-editor page in the weeks before the announcement.

Is it always an actual person?

Sometimes, TIME has chosen to highlight the influence of an object (like the personal computer in 1982) or an archetype (like the protester in 2011). In hindsight, 1982 might have been a good time to name Steve Jobs Person of the Year, a title he never won; but ideally these non-conventional choices are meant to capture a movement that’s bigger than any one individual.

Has TIME’s Person of the Year ever been someone who is dead?

Generally, TIME’s editors have selected a living person as Person of the Year, but that’s a tradition and not a rule. Over the years, especially when notable deaths have left the world shaken, TIME readers have argued that the tradition ought to be broken. At the end of 1963, just weeks after President John F. Kennedy was shot and killed in Dallas, a reader implored the editors to name the first posthumous Person of the Year, on the idea that “there can be no disagreement that John F. Kennedy—by his almost incomprehensible death—has changed the world beyond measure.” The editors instead selected Martin Luther King Jr., whose own death in 1968 prompted another round of suggestions that a man who even in death “provides those of us who believed in him with the inspiration to carry on his dream” deserved to be an exception to the informal rule.

Over the years, a number of group selections could be read to include unnamed deceased designees. (For example, the Korean War drove 1950’s selection of the American military man; that war led to tens of thousands of American battle deaths.) But the selection of the Guardians as Person of the Year for 2018, with its named acknowledgment of the impact of the late Jamal Khashoggi and the staff of the Capital Gazette, marks perhaps the most direct selection of a posthumous Person of the Year in franchise history. 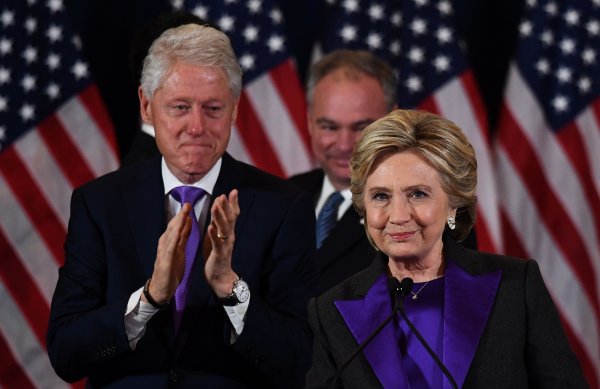 Hillary Clinton Leads Today Show Poll for TIME Person of the Year
Next Up: Editor's Pick