Just One Dose of This Psychedelic Drug Can Ease Anxiety

Cancer is a brutal disease on both the body and mind. Not only do treatments like chemotherapy take a massive toll, but the emotional side effects can be hard to bear. Depression and anxiety are high among people with cancer, including those in remission. But two new studies offer promising relief through an unlikely source: hallucinogenic drugs.

In two new studies released simultaneously by researchers at New York University and Johns Hopkins, doctors reveal that a single dose of psilocybin—a compound from magic mushrooms—can ease anxiety and depression for up to six months. The results have great potential for people dealing with the fear associated with a cancer diagnosis, but also for people with psychiatric disorders that haven’t responded to traditional treatments like psychotherapy or antidepressants.

The studies, both published in the Journal of Psychopharmacology, are accompanied by 11 editorials of support from leaders in psychiatry, including two past presidents of the American Psychiatric Association. “Our results represent the strongest evidence to date of a clinical benefit from psilocybin therapy, with the potential to transform care for patients with cancer-related psychological distress,” says NYU study author Dr. Stephen Ross, director of substance abuse services in the Department of Psychiatry at NYU Langone in a statement.

The NYU Langone Medical Center study involved 29 people who had serious psychological distress, like anxiety or depression, stemming from advanced cancer. (Some were in remission.) Each person received either a capsule of psilocybin or a placebo capsule; in a second session, they were given the pill they hadn’t yet taken. The sessions lasted from four to six hours in a room equipped with music to listen to, a couch and a sleep mask.

People had their own individual experiences with the drug. But the results were remarkable: 60-80% of people in the study reported reductions in their depression and anxiety symptoms that lasted six months after the treatment.

The Johns Hopkins study, which involved 51 adults, had similar results. They each received one large dose of the drug, and six months later, 80% of the people in the trial continued to show decreases in depression and anxiety symptoms. Eighty-three percent of people reported increases in their well-being and life satisfaction, and 67% said the trial was one of the top five most meaningful experiences in their lives.

Several people described experiencing an overwhelming feeling of love while on the drug and felt they had changed immediately. “The feeling of immense love lingered for weeks, and four years later I still feel it at times,” says participant Dinah Bazer, who was experiencing severe anxiety about a possible ovarian cancer recurrence. “My fear and anxiety were completely removed, and they haven’t come back.” (You can read more about Bazer’s experience in her personal essay here).

Lisa Callaghan’s late husband, former TV news director Patrick Mettes, was also in the NYU trial. Mettes eventually died from cancer of the bile ducts, but undergoing the trial gave him a sense of peace, says his wife. “In his trip there was an evolution through all of these stages of emotional development,” says Callaghan. “He was reborn into this place of personal and universal love. He said he felt it all around him, and he felt a sense of forgiveness too.”

The potential therapeutic use of psilocybin has been recognized for years, but strict drug laws implemented 45 years ago stalled research. In the 1950s and 1960s, several teams in the United States studied psychedelic compounds for potential mental disorder treatments. But widespread recreational use of the substances became cause for concern and overshadowed the possible therapeutic benefits. In 1971, psilocybin and other psychedelic compounds were classified as schedule 1 drugs, meaning that the government believes they have high potential for abuse. This classification makes it very difficult for research to continue, despite the fact that experts argue adverse side effects from psilocybin (when used responsibly) are rare.

“I tried to understand how something this big had been buried,” says Ross. Due to these restrictions, Ross says it took the hospital a couple years to get their study off the ground.

Some of the men and women in the studies did experience side effects, like nausea and headaches, but none were severe. It’s unclear precisely how psilocybin works, but the study authors say that the drug may activate parts of the brain that are impacted by serotonin, which can play a role in anxiety, mood and depression.

Significantly more research is needed before psilocybin could be considered as a clinical therapy. The researchers stress that psilocybin in the trials was given in a very controlled environment with multiple investigators present, and that people should not attempt the drug on their own. There’s also some concern that pharmaceutical companies may not see financial incentives in single-dose therapies.

Still, many people in the medical community are hopeful. “We’re excited about finding a medicine that can be helpful to people suffering from conditions not successfully treated by standard treatment,” says Dr. George Greer, medical director of the Heffter Research Institute, which helped fund the studies. “There’s a lot of interest.” 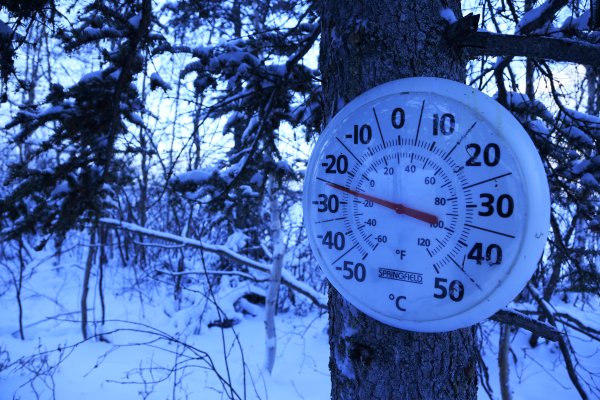 8 Ways to Fight Seasonal Depression
Next Up: Editor's Pick