Oscar statues stand near the Dolby Theater during preparations ahead of the 87th Academy Awards in Hollywood on Feb. 19, 2015.
Lucy Nicholson—Reuters

February may seem like a long way off, but Hollywood’s annual awards season began not long after the Thanksgiving dishes were returned to the hutch. The path to Oscar Sunday is paved with a series of honors, some likely to influence voters and others more of a good excuse for an embarrassingly extravagant luncheon. If you’re looking for early entries in your office Oscar pool, here’s our handy guide to the must-see movies, the actors to watch, the schedule of events and the reason why, no matter how frivolous the pageantry can get, this year’s golden statues still matter.

The Movies to See:

Recent years have seen a rapid compression of the release window for prestige, which means that many of the year’s biggest contenders won’t open until the year’s almost out, and many of those won’t reach theaters nationwide until January. Still, there’s plenty to see in theaters now, and you can mark your calendar for those still to come. (And if you don’t have any plans for Christmas, we’ve got a sextuple-header for you.)

Note: Dates below reflect initial release, which is limited to select cities in some cases.

Moonlight (Oct. 21): Ask any 10 critics which of this year’s movies was the most beautiful, and the majority will tell you it’s Moonlight, a portrait of a boy grappling with his drug-addicted mother and his budding sexuality. Told in three chapters with three different actors, it will undoubtedly be a contender across the writing, directing and acting categories, and stands a serious chance of taking home Oscar’s biggest prize.

Loving (Nov. 4): The story of the interracial couple whose case led to the Supreme Court decision that struck down anti-miscegenation laws, Jeff Nichols’ restrained portrait focuses less on politics than on the humanity of two people in love, and it’s all the more powerful for it.

Manchester by the Sea (Nov. 18): Writer-director Kenneth Lonergan’s portrait of a Boston custodian (Casey Affleck) helping to raise his recently orphaned teenaged son (Lucas Hedges) is at once devastatingly sad and surprisingly funny, and it’s been one of 2016’s most buzzed-about indies since debuting at Sundance back in January.

La La Land (Dec. 9): Director Damien Chazelle made a name for himself with Whiplash in 2014, and his follow-up is a musical that is both vivid and melancholy, an homage to old Hollywood that manages to still feel current. It should do big business in the acting and music categories, and it’s a safe bet for a Best Pic, since moviemakers love movies about moviemakers (and musicians) à la 2007’s The Artist.

Silence (Dec. 23): Martin Scorsese’s films have racked up an impressive 20 Oscar wins (and 80 nominations) over four decades, and this long-gestating passion project about 17th-century Jesuit priests in Japan will be high on award voters’ radars.

Fences (Dec. 25): Denzel Washington and Viola Davis both won Tony Awards for the 2010 revival of August Wilson’s 1983 play about a retired Negro League baseball player and his family in 1950s Pittsburgh. Both reprise their roles in this stirring, Washington-directed movie adaptation.

Hidden Figures (Dec. 25): The story of the black female mathematicians and engineers who helped get Americans into space, Hidden Figures is an uplifting celebration of unsung American heroes. The ensemble took home an honor from the National Board of Review and the Pharrell-produced soundtrack will likely see action in the Best Original Song category.

Hell or High Water (Aug. 12): Jeff Bridges generated lots of buzz for his grizzled Texas Ranger in this gorgeous neo-western.

Arrival (Nov. 11): Amy Adams shines, as per usual, as a linguist communicating with aliens. Eric Heisserer’s screenplay, adapted from Ted Chiang’s short story, is another reason to watch.

Lion (Nov. 25): The true story of a boy adopted from India who, as a young man, finds his birth mother using Google Earth, features a strong supporting performance from Nicole Kidman as his adoptive Australian mother.

Jackie (Dec. 2): Though the film is on the bubble for the Best Picture race, Natalie Portman’s multilayered performance as a grieving Jackie Kennedy in the days after her husband’s assassination is likely to see ample recognition throughout the season (more on that below).

Patriots Day (Dec. 21): Peter Berg and Mark Wahlberg team up for a third time (after Lone Survivor and Deepwater Horizon) to tell the story of the Boston Marathon bombing and the manhunt that followed, and the result is as respectful and dignified as it is compelling.

Sully (Sept. 9): There’s some buzz for Tom Hanks’ performance as “Miracle on the Hudson” pilot Chesley “Sully” Sullenberger, though stiff competition among Leading Actors has him on the bubble for a nomination.

Allied (Nov. 23): The most memorable part of this Marion Cotillard/Brad Pitt World War II spy thriller are the costumes, from Cotillard’s floral silk robes to the shades she dons during target practice.

Live by Night (Dec. 25): There’s not much buzz yet for this adaptation of Dennis Lehane’s Prohibition-era gangster story, which is written, directed and produced by star Ben Affleck, but the last time Affleck directed a movie (Argo), it took home Best Picture.

O.J.: Made in America (May 20): Though it aired on ESPN, a brief theatrical release qualifies this 8-hour epic for movie awards, and it’s currently the frontrunner in its field, having already taken home Best Documentary from the Gotham Awards and the National Board of Review. Other strong contenders include 13th, Cameraperson, I Am Not Your Negro, Weiner, Miss Sharon Jones! and The Eagle Huntress.

Kubo and the Two Strings (Aug. 19): This stop-motion-animated tale of a Japanese boy fighting spirits from his past is both a stunning technical accomplishment and a nuanced meditation on childhood grief. As usual, Disney and Pixar are likely to stack the animation field with this year’s offerings, which include Disney’s first heroine without a love interest (Moana), the cutest baby fish ever (Finding Dory) and a surprisingly relevant allegory of racism and prejudice in America (Zootopia).

Elle (Nov. 11): French actress Isabelle Huppert won Best Actress at the Gotham Awards for her portrayal of a rape survivor who takes revenge. Other foreign films to check out include Toni Erdmann (Germany), The Salesman (Iran), Neruda (Chile), Chevalier (Greece) and Fire at Sea (Italy).

The Actresses to Watch:

Let’s start with the Supporting Actress race, because this one’s got the most obvious frontrunner: Viola Davis. Though her portrayal of Rose Maxson in Fences is, pardon the pun, on the fence between Leading and Supporting, Paramount is campaigning her in the Supporting field due to a tighter race among female leads. But don’t discount the competition: Michelle Williams is an emotional powerhouse as Casey Affleck’s estranged wife in Manchester by the Sea; Naomie Harris devastatingly portrays a mother struggling with drug addiction in Moonlight; Nicole Kidman and Greta Gerwig could see play for Lion and 20th Century Women, respectively, and the supporting actresses of Hidden Figures, Janelle Monáe and Octavia Spencer, both deliver memorable performances, as well.

When it comes to Leading Actress, it looks to be a showdown between Emma Stone’s dreaming, constantly auditioning barista in La La Land and Natalie Portman’s complicated take on Jacqueline Kennedy in Jackie. But if they’re frontrunners, it’s not by much: Annette Bening, who has been nominated for an Academy Award four times but never won, could break the spell with 20th Century Women, Ruth Negga gives a sturdy breakout performance in Loving, Isabelle Huppert could see some action if enough voters get their hands on Elle, and Meryl Streep made a movie this year.

The Actors to Watch:

The race for Leading Actor, at this stage in the game, looks like it will come down to Casey Affleck, who won Best Actor at the Gotham Awards and the National Board of Review Awards, and two-time Oscar winner Denzel Washington, who could also see his name in the Best Director field. The category will likely be rounded out by some combination of Ryan Gosling (La La Land), Joel Edgerton (Loving), Andrew Garfield (for Silence or Hacksaw Ridge), Warren Beatty (Rules Don’t Apply), Tom Hanks (Sully), Michael Keaton (The Founder) and—a dark horse but a deserving one—Viggo Mortensen (Captain Fantastic).

Best Supporting Actor is more of a toss-up. Jeff Bridges plays the role he was born to play in Hell or High Water (well, aside from Starman, and Jack Baker, and The Dude, and Bad Blake, and Rooster Cogburn). Mahershala Ali brings complexity to a drug dealer who’s also a benevolent father figure in Moonlight. Hugh Grant could get love for his enabling partner in Florence Foster Jenkins, as could Kevin Costner for his NASA bigwig in Hidden Figures. If voters are looking for a newcomer to round out the field, Lucas Hedges had one of the year’s most memorable breakthrough performances as a teenager dealing with his father’s death in Manchester by the Sea. At this point, this appears to be the acting category with the most room for campaigns to wriggle new names in or out.

The Trend to Monitor:

The most visible trend in recent awards seasons has to do not with lapels or lace but with the overwhelming homogeneity of nominees. The last two year’s Academy Awards counted zero nonwhite nominees (out of a total of 40) for acting awards, and a look all the way back to Oscar’s beginning proves this lack of inclusion to be the rule, not the exception. In response to overwhelming pressure to take steps toward change, Academy of Motion Picture Arts and Sciences President Cheryl Boone Isaacs ushered through a series of new measures, including phasing out inactive voters and inviting a new class of voters, 41% of whose members are people of color, to address the problems at the root of #oscarssowhite.

The Academy is just one piece of the puzzle when it comes to seeing more diverse stories onscreen—many industry insiders argue that real change must begin with the decisionmakers who greenlight and finance projects in the first place—and it would be overly simplistic to attribute a more inclusive event solely to the Academy’s actions. But this year’s field of contenders includes a number of high-profile movies which tell stories about people of color—to name just a few: Moonlight, which took home four Gotham Awards, Hidden Figures, which won the National Board of Review’s Best Ensemble, and Fences, which looks to rival the play’s Tony count with Oscars.

The Dates to Look Out For:

Though casual viewers typically start paying attention when stars start flaunting their Neil Lane diamonds on the Golden Globes’ red carpet, there’s a long run-up to the televised glamour, beginning right after Thanksgiving. Some awards have more influence than others—the Gotham Awards, for example, have predicted the Best Picture Oscar for two years running—but in aggregate, they hold the power to sway voters and help determine who’s exclaiming “You like me!” from the Oscar podium and who’s not even pretending to be happy for her. Here’s a list of the most important dates between now and the last Sunday in February: 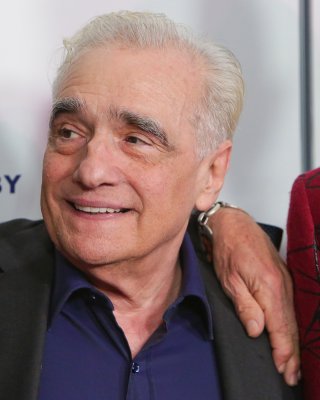 Pope Francis Met Martin Scorsese to Discuss His New Movie About Priests
Next Up: Editor's Pick