A Christmas tragedy has struck the town of Gävle, Sweden—someone has torched their beloved yule goat.

Each year the citizens of Gävle go to great time and expense to build a giant goat effigy in the town’s Slottstorget square. For the holiday display, people decorate the massive wood-and-straw goat with lights and the town gathers together around the Yule Goat on the first day of Advent to kick off the holiday season.

According to the Local this year marked the goat’s 50th anniversary and Gävle spent approximately 2.3m kronor (nearly $250,000) to construct the Yule Goat and throw the annual bash. Less than 24 hours later, the goat went up in flames.

While this criminal act could be seen as another battle in the War on Christmas, it turns out that torching the goat is also a time-honored, if frowned upon, tradition. Several Yule Goats have been destroyed, usually by fire. Last year, a “drunken man” set it ablaze, according to the Local. The committee responsible for the goat enacted extra security measures this year in the hopes of making the goat last the week, but arsonists had other ideas. Though they do hint it will rise from the ashes. 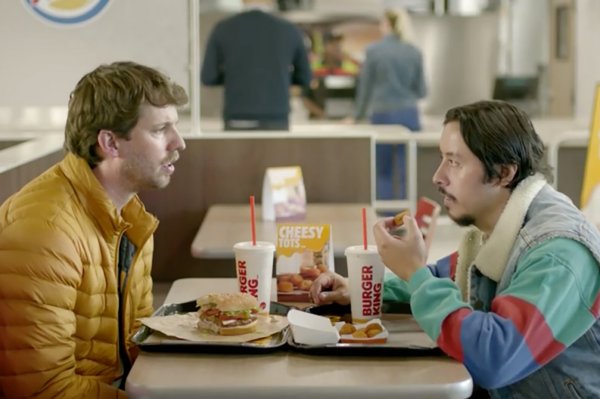 Napoleon Dynamite and Pedro Are Still BFFs in a Hilarious New Burger King Tater Tots Commercial
Next Up: Editor's Pick