With several states passing measures to legalize marijuana in 2016, the cannabis business looks poised to finally to take off. But for investors, there remains a quandary: How do you find a way to get in on the ground floor of this new growth industry?

While wealthy Silicon Valley investors have been seeking out cannibis startups this year, the options are few and far between for public investors, who often lack the high net worth needed to access the private markets. That may begin changing this week as the first cannabis company plans to list its shares on the New York Stock Exchange (NYSE).

The company, named Innovative Industrial Properties, won’t grow or sell any marijuana itself. Instead, it will lease facilities where cannabis companies can grow and process their product for sale. It’s a Real Estate Investment Trust, or REIT, which functions like a mutual fund, only with a portfolio of real estate assets. But it could be the first chance everyday investors have to buy a piece of the emerging cannabis economy on a stock exchange.

After decades of life as a black market staple, cannabis has become a nascent industry poised for rapid growth. California, Massachusetts, Nevada and Maine this month legalized marijuana through ballot measures, joining four other states and the District of Columbia. Another 23 states have legalized medical marijuana. A quarter of Americans now live in states that have legalized recreational use, while two thirds are in states allowing medical marijuana.

Last year, sales of legal cannabis grew 24% to $5.7 billion, with 78% of that coming from medical marijuana, according to a report by ArcView Market Research and New Frontier Data. Sales are projected to grow to $7.1 billion this year and to $22 billion by 2020, when medical pot will make up less than half the total. “Legalization of cannabis is one of greatest business opportunities of our time, and it’s still early enough to see huge growth,” said ArcView CEO Troy Dayton. A separate report from Cowen & Co. projects a $50 billion market in 10 years.

Getting in on the ground floor of the cannabis industry hasn’t been easy. Nasdaq lists a handful of biotech companies that develop cannabinoid medicines. Arena Pharmaceuticals, for example, produces a therapy treating chronic pain, while GW Pharmaceuticals has a cannabis-based drug to treat epilepsy. But these companies won’t benefit from the growth of the retail marijuana market.

There are also several dozen pot-themed companies trading over the counter — that is, outside formal exchanges like the NYSE or Nasdaq. These include companies that sell smoking devices, produce medical marijuana or do lab testing. Many have colorful names, like Pineapple Express, Bud Genius and Namaste Technologies. The problem? The OTC markets are high risk: illiquid and volatile at best, a wild west of fraud and manipulation at worst.

Although it’s listing on the NYSE, Innovative Industrial Properties carries its own share of risk. The San Diego company has no revenue to date. But it plans on buying a 37-acre property in New York’s Hudson Valley shortly after the IPO for $30 million, and it’s working to spend another $88 million on several other properties after that. Most of its revenue will come from rents to licensed medical marijuana startups.

Perhaps more importantly, IIP’s IPO will be watched as an interesting test case for other cannabis companies that want to list on public exchanges. In May, Nasdaq denied an IPO bid by a marijuana-centric social network, MassRoots, citing federal laws that prohibit the drug’s use.

Because marijuana remains classified as a Schedule I drug, some banks and financial institutions have been reluctant to finance the fledgling industry. That may worsen under a Trump Administration, which could overrule state laws that have already legalized marijuana. The incoming U.S. Attorney General has called cannabis “a very real danger” and said, “good people don’t smoke marijuana.”

Indeed, there are already signs that IIP’s trailblazing offering may be hitting speed bumps. The company filed for its IPO in October and initially planned to raise $175 million by going public before Thanksgiving. After the offering was delayed, IIP refiled Monday for a more modest $100 million offering. On Tuesday, it filed yet again for an $80 million offering.

Startups that pioneer new industries typically offer a shot at big returns with the tradeoff of high risk. Cannabis startups are no different, except the regulatory concerns could make them even riskier. Still, many investors practicing the old dictum “invest in what you know” might be eager to have an opportunity to invest in a business they patronize. If IIP’s IPO doesn’t offer that chance, it could open the door to other startups that can. 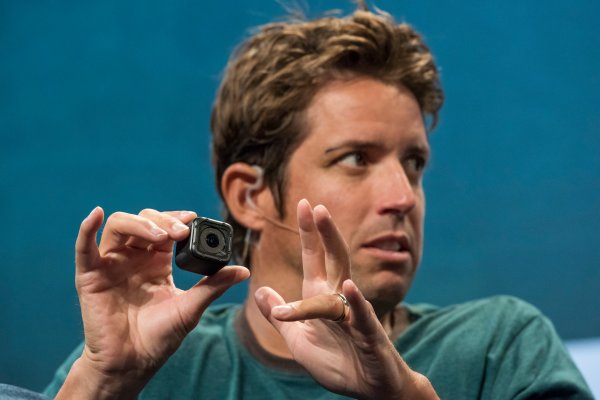 Struggling GoPro Cutting About 200 Jobs
Next Up: Editor's Pick