Quick history: the Catholic Church his 1988 film The Last Temptation of Christ “morally offensive,” and three California bishops and two prominent nuns condemned it, according to the LA Times. The new film screened to 300 Jesuit priests at a pontifical college, an event that suggests that the church has moved past the blacklash that surrounded The Last Temptation of Christ.

Scorsese and his family had a brief, but “very cordial” meeting with Pope Francis where they discussed Shusaku Endo’s 1966 novel that inspired the film, and exchanged gifts, according to The Guardian. Pope Francis gave his visitors rosaries, while Scorsese presented the Pope with framed pictures of the Virgin of Nagasaki and a portrait of the “martyrs of Japan”.

While Scorsese’s The Last Temptation of Christ was critically acclaimed, and earned him an Oscar nomination for Best Director, some in the Catholic Church took issue with the film’s portrayal of Christ as a young, conflicted man with shocking dreams about Mary Magdalene. The film was deemed blasphemous and was banned in many cinemas and countries, including, according to The Guardian, Pope Francis’s homeland of Argentina. 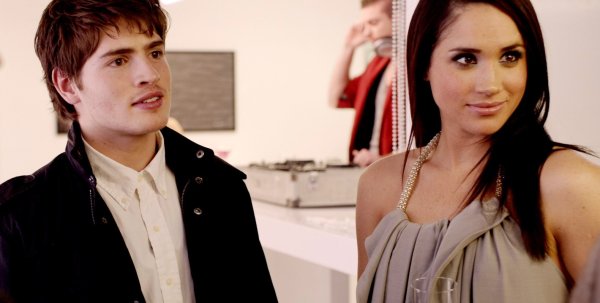 Prince Harry's Girlfriend Stars in a British Crime Thriller
Next Up: Editor's Pick