Why Trump Is Interviewing Generals for His Cabinet

Many of the latest administration try-outs turnstiling through Trump Tower over the three weeks since Donald Trump’s election couldn’t be blamed for rendering sharp salutes to the soon-to-be command-in-chief. After all, that’s what they did during their decades in uniform.

Trump has tapped Michael Flynn, a combative and cagey retired Army three-star who ran the Defense Intelligence Agency, to serve as his national security adviser. Other retired generals who have spoken with Trump about serving in his Administration include Jack Keane (retired Army general), who said he turned down an offer to serve as defense secretary. James Mattis (retired Marine general) remains a leading candidate for that post. David Petraeus (retired Army general) is under consideration to serve as secretary of state, and John Kelly (retired Marine general) could be tapped as secretary of the Department of Homeland Security.

“One more three or four-star general given a senior appointment, and we can start referring to a Trump junta rather than a Trump Administration,” says Andrew Bacevich, a retired Army lieutenant colonel and military scholar.

Dave Barno, a retired three-star Army officer who commanded U.S. and allied forces in Afghanistan, doesn’t see things that bleakly. He thinks such appointments could help the nascent Administration. “Most of these officers are relatively non-partisan, publicly endorsed no candidate during the campaign, and have lifelong records of public service leading large, complex organizations,” he says. “They could bring a wealth of sober judgment and experience to a Trump foreign policy team in need of both.” (Barno and colleague Nora Bensahel published a “moral guide” Tuesday to help national-security professionals pondering whether they should go to work for Trump.)

A brass-heavy Trump Administration could lead to a military-centric American foreign policy, fears Anthony Zinni, a retired Marine general. “What I find interesting is that all these generals seemed at odds with the Obama Administration,” he says. “We could end up being long on military strategy, much needed after the last two Administrations, but short of foreign policy expertise.”

The big concern many Americans have about generals slipping from uniforms into suits is that they’re hawks who will push the U.S. into wars it might otherwise not fight. Actually, that’s generally backwards. It was Colin Powell, who as an Army general, drafted restrictive rules on the use of U.S. military force. It was a diplomat—then-U.S. secretary to the United Nations Madeleine Albright—who found such rules confining. “What’s the point of having this superb military that you’re always talking about,” she demanded of Powell in 1992 as they debated what to do in the Balkans, “if we can’t use it?”

Despite the doubts of junior officers and nearly all enlisted personnel, generals, retired or otherwise, are merely human. And they’re not produced by cookie cutters: like any group of people, their qualities range from brilliant to buffoon. “Retired generals don’t necessarily agree with each other, even on nonpartisan national security matters,” says Charles Dunlap, a retired Air Force major general. “And they are human beings who have their own likes and dislikes, and that includes about each other.”

So first things first: generals aren’t particularly well-suited, or ill-suited, for high civilian positions in the U.S. government. Powell (retired Army general) and Brent Scowcroft (retired Air Force lieutenant general) are two former military men given high marks for their service as as national security advisers; Powell under Reagan and Scowcroft under both Ford and the first Bush. But James Jones (retired Marine general) did not fare as well as President Obama’s first national security adviser. Yet because of the blurry nature of the post—a President can make it as powerful or as impotent as he wants—it’s a bit unfair to rank them in a vacuum.

Most importantly, generals and admirals, their Navy counterparts, are not apolitical. Anyone who makes it to three stars—lieutenant general or vice admiral—has navigated the corridors of power in Washington and around the world for 30 years or more and knows what works. There are 145 of them currently serving. Full generals and admirals—those with four-star rank—have to be more strategic thinker than military tactician in those roles. There are only 38 of them. (The nation has had nine five-star generals and admirals since the rank was created during World War II to ensure they couldn’t be outranked by allied commanders; the life-time rank ended with the death of General of the Army Omar Bradley in 1981.)

But there are a couple of reasons Mattis might not make it to the Pentagon. First of all, that would put a pair of Marines (“once a Marine, always a Marine!”) in the Defense Department’s top two spots. Marine General Joe Dunford is chairman of the Joint Chiefs of Staff and therefore will be President Trump’s key military advisor. Veterans of the other services, especially the Army, are wary. “Two Marine four-stars as chairman of the Joint Chiefs and secretary of defense would make the other services uneasy,” says Barry McCaffrey, a retired four-star—you guessed it, Army—general.

And when Congress created the position of defense secretary, along with the Department of Defense, in 1947, it said that a military officer would have to be out of uniform for seven years before becoming eligible for the job. Mattis retired from the corps in May 2013, leaving him more than three years short of meeting that requirement, which was instituted to ensure civilian control of the military.

President Truman sought, and won, from Congress an exception when he nominated George C. Marshall to run the Pentagon in 1950. The five-star Army general had already served as secretary of state when Truman asked him to run the U.S. military in the dark early days of the Korean War. In giving Marshall’s appointment a green light, Congress made clear it was granting a one-time waiver. Its approval was “not to be construed as approval by Congress of continuing appointments of military men to the office of Secretary of Defense in the future,” it said. Following Marshall, it added, “no additional appointments of military men to that office shall be approved.”

But that was the 81st Congress talking. The current Congress is the 114th. It is free to rewrite the rules, just as Trump has. 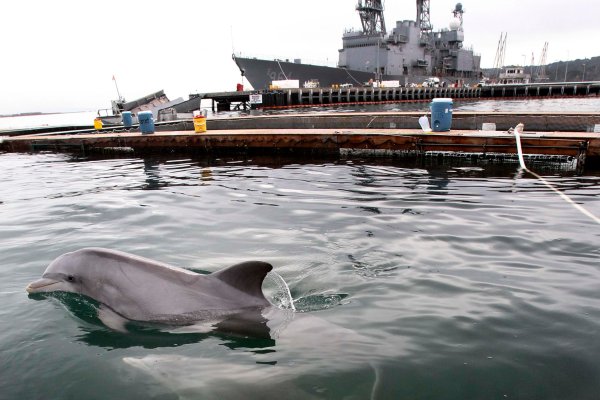