These 3 Sports Will Help You Live Longer

Being active is good for you on so many levels, from keeping the heart in shape to improving blood pressure and blood sugar levels. Exercise has also been linked to benefits for the brain and lower risk of some cancers.

But which types of activity pack the best health punch? Does it matter what kind of exercise you do?

In a study published in the British Journal of Sports Medicine, European and Australian researchers find that not all types of physical activity are equal when it comes to longevity. They studied data collected from more than 80,000 people in England and Scotland who answered questions about their activity levels yearly between 1994 and 2008. The data showed that people who engaged in three types of exercise—racquet sports like tennis or racquet ball, swimming and aerobics—had the lowest risk of dying during the study period.

Overall, 44% of the people met recommended public health exercise levels. (That’s 150 minutes of moderate-to-vigorous activity each week in the U.S.) Among those that did, people who played racquet sports had a 47% lower risk of dying during the nine-year study than people who didn’t exercise. Swimmers had a 28% lower risk of death and those doing aerobics showed a 27% lower risk of dying. These were the reductions after the scientists adjusted for factors that might affect early death, like smoking.

Runners surprisingly did not show a lower risk of mortality during the study, but lead study author Pekka Oja, retired scientific director for the UKK Institute for Health Promotion Research in Finland, says that may be explained by the fact that most of the runners were younger than those engaging in the other sports. They may need to be followed for a longer period of time to assess their death rates.

Cycling also was associated with a relatively smaller drop in mortality risk, possibly because many of the people who reported cycling did it recreationally or to get to and from work and were less likely to work up a sweat and have a vigorous workout. Swimming and racquet sports, on the other hand, inherently require a pretty intense level of exercise.

That’s why Oja says people shouldn’t interpret the results as endorsing one type of activity over another. The bottom line: people who exercised had lower mortality overall than people who didn’t. “They are all good,” he says of all types of physical activity. “It’s up to individuals to decide what they like and their circumstances for participating in different activities.” 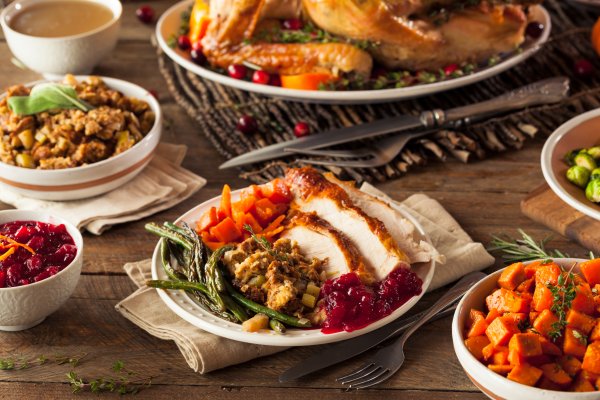 This is the Best Way to Prevent Holiday Binge Eating
Next Up: Editor's Pick