When a man wouldn’t stop “obnoxiously” whistling Semisonic’s ’90s rock ballad, “Closing Time” near her house, an Oregon woman made the only logical move—she called the cops to report a crime.

Police officers responded to reports of a “jack-ss guy” who wouldn’t stop whistling, according to Captain Mike Herb of the Forest Grove Police Department, who writes the department’s always entertaining weekly police log.

“It’s not clear if the caller would have been more or less upset if it was a different genre or whether it was just the talent lacking in the whistling,” Herb told TIME, with a chuckle. Whatever the reason (perhaps she just realized what the song was about?), the woman was definitely not a fan of the man’s whistling, and when she told the whistler to “shut up”, a verbal altercation broke out. That’s when she called the police.

While the whistler had moved on by the time police arrived, cops still located him and, according to Herb, he was still whistling “Closing Time.” Police officers spoke to the man who said he was upset that he had been told to shut up. Cops sent him on his way, and according to the notes left by the officer in the police log, “he whistled his way back home.”

Relive the song below.

Correction: The original version of this story misidentified the Forest Grove Police Department Captain. His name is Mike Herb. 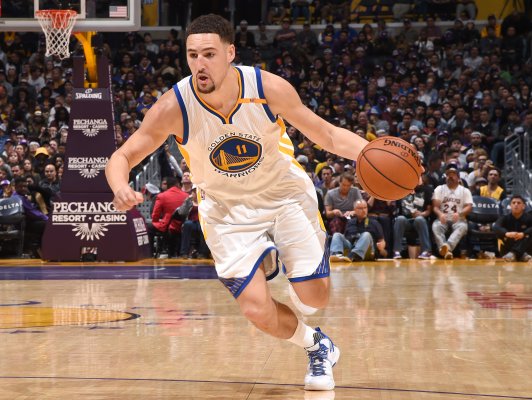 Klay Thompson Just Proved He Makes the Best Paper Airplane Ever
Next Up: Editor's Pick