The speech given by President Franklin D. Roosevelt in the wake of the Dec. 7, 1941, attack by the Japanese on Pearl Harbor remains one of American history’s most famous orations: from his observation that the date would “live in infamy” to his request that Congress declare war, his words are—more than 75 years later—still associated with that moment in time.

But the President was not the only Roosevelt to give a speech of sorts. In fact, First Lady Eleanor Roosevelt addressed the American people before her husband did. Her weekly radio program, Over Our Coffee Cups, was already scheduled to go out on that Sunday, and she kept up the schedule, adding a few words of commentary on the news to the introduction to the story she had planned. She became, according to the FDR Library, the first public figure who spoke to the country about what had happened.

In her remarks on her broadcast, transcribed here courtesy of the Eleanor Roosevelt Papers Project, she let the nation in on what was going on in Washington at that moment—and spoke specifically to the women of America, who might not have been on their way to battle but were nevertheless deeply affected by the coming of war:

The scheduled program involved, suitably, an interview with a soldier.

As Stephen Smith notes in his introduction to the book The First Lady of Radio, it was “an unprecedented moment for a First Lady”—speaking to the people before her husband did, and setting the national tone with her attitude of sympathy and steadfastness. 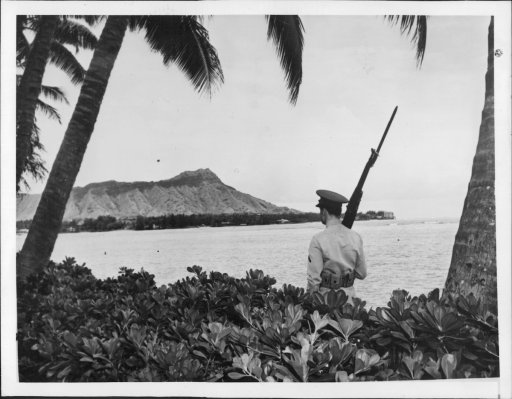 The Spooky Pearl Harbor Mystery That Remains Unsolved
Next Up: Editor's Pick