Crown Prince Maha Vajiralongkorn of Thailand attends a ceremony in Bangkok on May 9, 2016
Bloomberg via Getty Images
By Charlie Campbell

Thailand’s Crown Prince Maha Vajiralongkorn will be asked to become the nation’s new monarch this week, the ruling junta has announced, following the death of King Bhumibol Adulyadej last month.

Prince Vajiralongkorn, 64, surprised many by not immediately succeeding to the throne after the passing of the 88-year-old Bhumibol on Oct. 13, instead saying he needed a period to grieve for his father, who was lauded as a unifying figure in the Southeast Asian nation.

Senior junta figure General Prawit Wongsuwan told local media Tuesday that the Crown Prince would be invited to accept the role of monarch by the national legislature this week.

“After this, we enter the parliamentary process,” he said, according to Reuters. “We expect an audience [with Vajiralongkorn] within the next one to two days.”

Leaked palace documents addressed to government ministries appear to tell officials to prepare for the naming of Vajiralongkorn as King on Friday. TIME has not been able to independently verify their authenticity.

Vajiralongkorn, who after a slew of scandals is not as popular as his father, will be known as King Rama X of the 234-year-old Chakri dynasty. However, he can only be formally crowned after his father’s cremation, which is scheduled for next year, Reuters says.

The subject of succession is a source of deep political tension in Thailand. Bhumibol was the world’s richest monarch and many see the coup of May 22, 2014, as a bid to control the royal fortune and system of patronage.

The passing of a controversial constitutional referendum in August means the military will continue as an influential power broker even after elections slated for November. Thailand has the world’s harshest royal-defamation laws, which are increasingly co-opted by the junta to quash dissent. 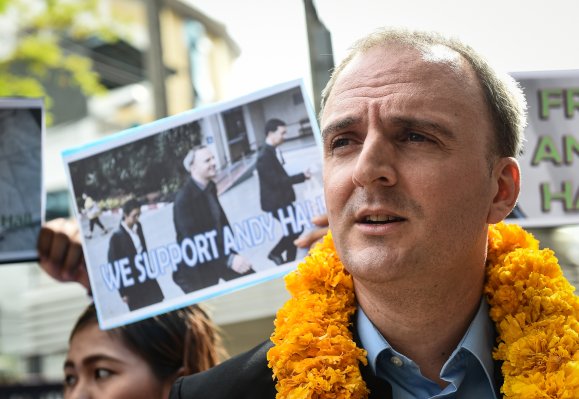 British Activist Flees Thailand After Fearing for Safety
Next Up: Editor's Pick