Authorities identified Abdul Razak Ali Artan as the suspect who barreled his car into a crowd at Ohio State University before getting out and attacking people with a knife in Columbus, Ohio, on Monday morning. Here is what we know about him so far:

Artan, who was shot and killed by a police officer on Monday, drove a car over a curbside and into a crowd of people near a classroom building. He then got out and began stabbing people with a butcher knife. Eleven people were injured in the attack and taken to the hospital. A motivation has not been established, but according to the Associated Press, police are investigating whether the attack was an act of terrorism.

Artan was a student at OSU, who was born in Somalia and living in the U.S. as a legal permanent resident. In a short August interview with OSU campus newspaper the Lantern, Artan said he had just transferred to the university from Columbus State Community College and was having trouble finding a place to pray.

“I wanted to pray in the open, but I was kind of scared with everything going on in the media,” he said. “I’m a Muslim, it’s not what the media portrays me to be. If people look at me, a Muslim praying, I don’t know what they’re going to think, what’s going to happen.” 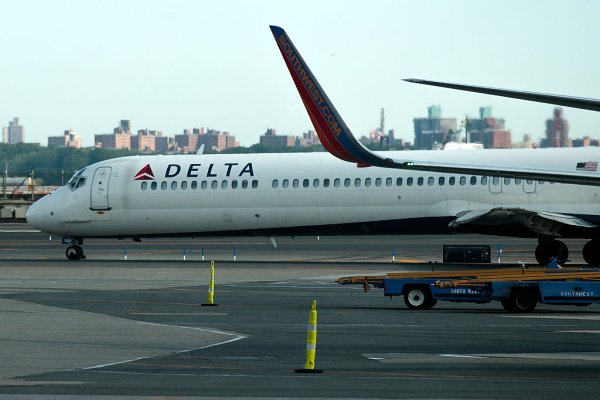 Delta Bans Passenger for Life After Pro-Donald Trump Rant on Flight
Next Up: Editor's Pick