First, the good news: Kids in the United States are eating better today than they were two decades ago. Now, the not-so-great part: They’ve still got a long way to go before their diet, as a whole, can be considered healthy.

These are the findings of a study published last week in the American Journal of Clinical Nutrition that compared the eating habits of more than 38,000 U.S. children from 1999 to 2012.

To track dietary changes over this time period, researchers surveyed a nationally representative group of several thousand children (ages 2 to 18) each year, asking them or their caregivers to recall what they’d eaten in the past 24 hours. Based on these responses, an average Healthy Eating Index score was determined for each year in the study.

“I am encouraged by the gains,” said study lead author Xiao Gu, a master’s student in epidemiology in the Brown University School of Public Health, in a press release. “Our paper provides evidence that we are on the correct track.”

Kids today are eating and drinking fewer empty calories (defined as solid fats, added sugars, and alcohol), which accounted for about one-third of the total score improvement. Increased public awareness about junk foods and sugary drinks has likely played a role, say the researchers. State and local policies, like soda taxes and school vending-machine bans, may help, as well.

Co-author Katherine Tucker, PhD, professor of nutritional epidemiology at the University of Massachusetts Lowell, says she was mildly surprised—and very optimistic—about the improvement in whole-grain consumption.

“A lot of people think kids don’t like whole grains, and they won’t eat them,” Tucker told Real Simple. “But this shows that efforts to introduce them to kids are working.”

She’s also pleased that kids are eating more fruit and drinking fewer sugary beverages. “While a little bit of fruit juice is fine, we all know that whole fruit is more nutritious and contributes less to weight gain,” she says.

Consumption could still be much higher in these categories, however. Children in 2012 averaged a score of just 2 out of a possible 10 for whole grains, and 2.1 out of 5 for whole fruit. “I think the increasing trend is encouraging, but the current dietary quality level is disappointing,” said Gu.

And not all categories showed improvement: No significant change was reported for vegetable intake between 1999 and 2012, despite a consistent emphasis on fruits and veggies in the Dietary Guidelines over this time.

And kids’ sodium intake—which has been linked to heart disease and high blood pressure later in life—actually went up. “Sodium is an acquired taste, so if you get used to eating a lot of salty snacks it makes it difficult to cut back later,” says Tucker. “That’s why it’s so important for kids to learn about the taste of real food, without all the salt and sugar.”

When Gu and Tucker broke down their findings by demographics, they found that nutrition improved across the board and gaps between ethnic groups narrowed. But disparities still remain: Scores for non-Hispanic white children rose from 42.1 to 50.2, and for non-Hispanic black children from 39.6 to 48.4. Mexican-American children had the highest scores overall, ranging from 44.1 to 51.9

Children from high-income families made the largest gains over the course of the study. Scores among the wealthiest third of participants rose 23.8 percent, compared with just 18.2 percent in the lowest third.

Across all demographics, children under 6 tended to have healthier diets than older children. This suggests that unhealthy habits may develop as kids start school and spend more time away from home.

Read more: What Nutritionists Pack in Their Kids’ Lunch Boxes

Overall, the researchers say their findings are encouraging—but they should still be a wake-up call for parents who may not be making nutrition a priority.

“There can be a perception that eating well is expensive, but when you look closely, some of the convenient processed foods cost even more when you consider the nutrition involved,” says Tucker. “Getting back to simpler, whole foods with minimal preparation can go a long way in making sure your child gets a healthy diet.” 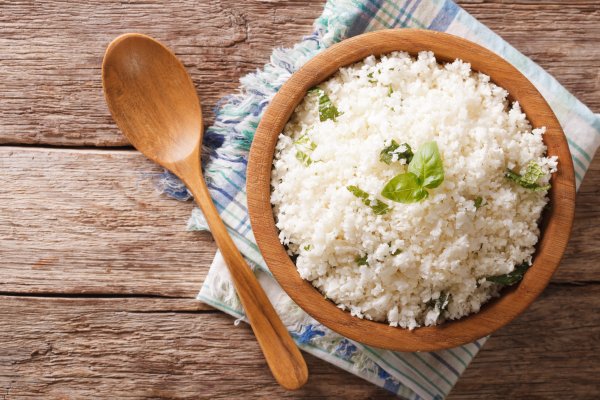