People protest the appointment of Steve Bannon, to be chief strategist of the White House by Donald Trump on Nov. 16, near City Hall in Los Angeles.
David Mcnew—AFP/Getty Images
Ideas
By Elizabeth Levy Paluck and Michael Chwe

Michael Chwe is a Professor of Political Science at the University of California, Los Angeles

Intimidation and harassment have spiked throughout the country following the recent election. Women, people of color, immigrants, Muslims, Jews and LGBTQ folks, including many of our own students, report palpable fear.

On Nov. 13, a man threatened to set fire to a University of Michigan student if she did not remove her hijab. On Nov. 16, a man in Sarasota, Florida reported being physically attacked by a person who said, “You know my new president says we can kill all you f-ggots now.” On Nov. 17, a Puerto Rican family’s car was vandalized in West Springfield, Mass., with the words “Trump” and “Go home” scratched into the car, and there have been multiple reports of immigrants being told to “go back where you came from.” The Southern Poverty Law Center collected more than 400 reports of “hateful intimidation and harassment in less than a week following election day.

How do we stop this violence? Looking in from the outside and reporting events after they occur is not enough. We must understand the perpetrators’ motivations.

We often think that perpetrators simply mimic the hateful speech and actions of others. In doing so, we discount the effects that community or peer pressure can bring to bear. In fact, research shows that potential perpetrators of hate crimes and bullying are actually quite conscious of the degree to which their community supports or condemns their actions.

For example, research has found that when a person hears others tell racist or sexist jokes, his or her tolerance for gender or racial discrimination increases. At an extreme level, it can encourage genocide: David Yanagizawa-Drott has shown that inflammatory messages played on a hate radio station, aimed at motivating Hutus to murder their Tutsi neighbors in Rwanda, had a greater effect when people in surrounding neighborhoods were also exposed to the same radio messages. In other words, hate radio alone did not increase individual hatred or violence; rather hate radio coupled with widespread exposure resulted in greater community support for violence.

Potential perpetrators do not simply “imitate” Trump but rather are encouraged to act by the fact that he garnered so many votes and supporters. They infer that they have a better chance of escaping social and legal sanction than before.

To stop hateful actions, potential perpetrators must be convinced that those in their community are opposed to this behavior. Who can best communicate this opposition?

Kevin Munger recently found that white males who racially harass others on Twitter reduced their use of slurs when another white male with a large number of followers admonished them with a tweet (black males, and white males with few followers, were not as successful). In schools, Elizabeth Levy Paluck, Hana Shepherd and Peter Aronow showed that students who receive the lion’s share of attention in student social networks have an outsized influence over school social norms: when they stand up against bullying and student-on-student harassment, student conflict drops by up to 30%.

These studies suggest that some people are better than others at delegitimizing hatred and violence. These “elite influencers” are more likely to come from a community considered important by a potential perpetrator—whether their racial community or their friendship group. Also, these influencers are more likely to be higher status—connected to many people within those networks.

But whether or not you are an elite influencer in your own community, evidence shows that the old-fashioned strength-in-numbers approach also works. Large numbers of people who assert values of inclusiveness and tolerance in a big, public way can change minds and behavior. Large media events or assemblies that create “common knowledge” of these values, that show each member of the community that every other member shares these values, are the most successful.

A recent study also showed that people who watched a political speech in the company of a crowd (in this case, a speech by U.S. House Rep. Rosa DeLauro, D-CT, on the reauthorization of the Violence Against Women Act), are more persuaded by the speech. Listening together, as opposed to watching alone or watching a video viewed by others at different times, is more effective because when communities synchronize their attention, people process the message in a deeper and more serious manner.

The alternative, in which communities do not collectively bear witness to and support anti-hate speech, is a scenario in which potential perpetrators will feel more and more emboldened.

Schools, universities and localities cannot just play defense and wait for their members to be victimized. Potential perpetrators must clearly understand that everyone around them, regardless of their political views, believes that hate is unacceptable. Elite influencers in every community can help to broadcast this message. Standing with them, there is strength in numbers, and as individuals and communities, we need to come together to speak as loudly and publicly as possible. 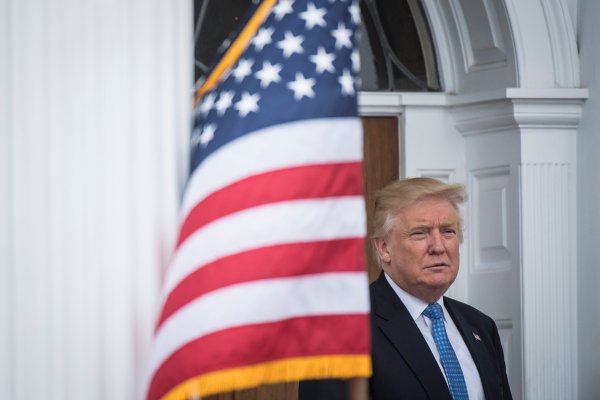 Donald Trump Is Failing His Crash Course in Leadership
Next Up: Editor's Pick