Warning: Spoilers for Gilmore Girls: A Year in the Life

The Gilmore Girls: A Year in the Life ending raised a number of questions among fans: namely whether the show will come back for even more episodes.

Netflix’s Gilmore Girls revival ended with the much-hyped final four words that creator Amy Sherman-Palladino had originally planned, with Rory revealing to her mother that she is pregnant. Although the dialogue is what Sherman-Palladino had intended to finish the show’s original run, the cliffhanger ending has provided countless theories for viewers who might not be ready to say goodbye to the girls just yet.

When asked about the possibility of more episodes of Gilmore Girls at Netflix, Sherman-Palladino told The Hollywood Reporter that she was waiting to see how the new episodes went over with audiences.

Bringing the show back for a second run at Netflix would involve a lot of coordination among the very busy cast and executive producers. But Scott Patterson, who plays Luke Danes, seemed more enthusiastic about the prospect when asked about it earlier this year.

“It’d be nice to do it every year,” he told The Hollywood Reporter. “Maybe every two years, do a three-month thing, do four more chapters. It was easy to do. It was fun. It was really rewarding and people got a sense that if this was going to be the last thing that we now have some closure.” 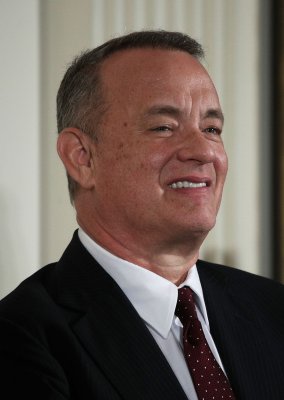 And Now Here's Tom Hanks Recreating Your Favorite Scene From Forrest Gump
Next Up: Editor's Pick