A young Syrian girl with a viral Twitter account narrowly escaped death on Sunday after her house was bombed in rebel-held eastern Aleppo.

Fatemah, the mother of 7-year-old Bana Alabed, captured international attention when she began tweeting her daughter’s messages from devastated city in September. Among those who took notice was J.K. Rowling, who sent a digital copy of Harry Potter to Bana after seeing her tweets. On Sunday evening, Fatemah posted a picture of her daughter covered in dust and said that their house was bombed. In a Monday morning update, she asked followers to keep praying for her family.

Earlier on Sunday evening, Fatemah tweeted harrowing details of the heavy bombardment in their neighborhood, saying “when we die, keep talking for 200,000 still inside.” Fatemah told CNN that her home was hit on Sunday evening, forcing the family to wait in the street for shelling to stop.

According to CNN, the Syrian regime launched a ground assault on Aleppo on Saturday. They gained control of a number of neighborhoods from rebels. Retaking the city would be the biggest victory for the regime since the Syrian uprising half a decade ago. 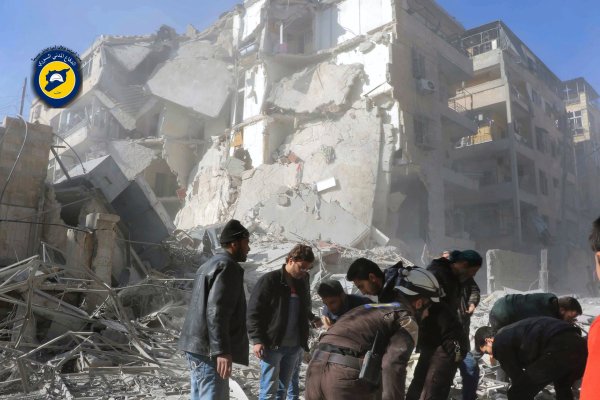 Rebel-Held Aleppo No Longer Has a Hospital
Next Up: Editor's Pick