3 Rituals That Will Make You More Motivated

You know what you’re supposed to be doing… but you’ve come down with a really bad case of “I-don’t-feel-like-it.” You just don’t have any motivation. Ever feel like that? Well, you’re not alone…

Research shows lack of motivation is at a record high. Today more than 50% of American workers feel disengaged at their jobs.

But is motivation really that important? Don’t people blow it out of proportion?

No, actually. No, they don’t. It is that important. Research shows being motivated predicts career success better than intelligence, ability, or salary.

Via The 100 Simple Secrets of Successful People:

Alright, so you and I really need to get motivated. But, um… where does motivation come from? And how can you and I get more of it? I decided to call a guy who has some answers…

Dan Ariely is a professor of behavioral economics at Duke University and the New York Times bestselling author of Predictably Irrational. His latest book is Payoff: The Hidden Logic That Shapes Our Motivations.

Dan’s going to help us solve the motivation mystery so that you can get more done (and maybe I can finally clean my kitchen.)

1) Focus On The Meaning In What You Do

How much would I have to pay you to handle poop multiple times a day, every day, for a couple years? An awful lot, right?

And how much would I have to pay you to literally risk your life? To get shot at on a semi-regular basis? You might say there isn’t any amount of money that would make that worth it.

And yet new parents handle a lot of poop for free. (In fact, they spend a lot of money to support the pooper.) And soldiers risk being killed every day to serve their country — but they don’t make millions for it.

Neither of those activities are pleasant. But they’re both meaningful. And so people are motivated to do them. Here’s Dan:

Another very smart guy named Dan — Dan Pink, author of the bestseller Drive: The Surprising Truth About What Motivates Us — says these meaningful things give us purpose. And research shows purpose is one of the most powerful motivators there is. Here’s Dan Pink:

So you don’t have trouble finding motivation when something is meaningful… But what if the task you have to do doesn’t seem meaningful?

Dan Ariely suggests “reframing your experience.” You might not be able to change what you have to do but you can change how you see it. And when you look at it through lens of how it can help others, you’ll often find more motivation.

The work won’t change. Your perspective can. You’re not “filling out boring paperwork.” You’re “helping people get insurance that could save their life.”

When we reframe experience so that we focus on the meaning, so that we see how it helps others, dull activities can give us purpose and even be inspiring.

My grandmom, Rita, used to slave for hours in the kitchen to make dinner for us. But god forbid you tried to help. She wouldn’t allow that. No, no, no. That little 100-pound Italian woman would sternly wag a finger at you — or give you a whack on the tush with a wooden spoon.

Her frame was not “I’m slaving over a hot stove.” In her mind she wasn’t “forced to cook all this food for these rambunctious kids.” Her frame was “I’m showing my grandchildren I love them.” And she never lacked for motivation.

(To learn the 4 proven secrets to unlocking meaning in your life, click here.)

Alright, so meaning is motivating and it’s often tough things that are meaningful. But isn’t there a way to find motivation that makes things more fun? Yup…

When instant cake mix was first marketed in the 1950’s it was even easier to use than it is today… And nobody bought it. Here’s Dan:

What was the problem? By making it so incredibly simple, moms couldn’t feel ownership. It didn’t feel like their cake. So the cake mix producers had to do the most ironic thing imaginable…

The companies needed to make the cakes less easy to make. The moms needed to feel they contributed more so that it was their cake. And once instant cake mix was made less instant, sales exploded. Here’s Dan:

This principle isn’t only true for baking. You’re not willing to pay college tuition for any kid — but you’ll do it for your kid.

When we feel connected to what we’re doing, when we make something our own, we’re much more motivated. The other Dan, Dan Pink, refers to this powerful motivator as autonomy:

So how do you turn some task you’re handed at the office into something you feel ownership of? Just by making small tweaks that customize what you have to do, that allow you to do it your way, can create that motivating feeling of autonomy.

Dan Ariely had a conversation with a Broadway actor. Dan could not understand how the guy could say the same lines over and over every night and not be bored to death. But the actor had solved that problem by taking ownership. Here’s Dan:

The actor couldn’t change the lines but he made the performance his own. He challenged himself to experiment and improve. Doing it his way and trying to get better motivated him and so despite saying the same exact lines night after night, he never got bored.

(To learn how to motivate other people, click here.)

So by tailoring your approach you can gain a feeling of ownership and find motivation for otherwise dull tasks. But there’s still this mystery of why you feel so unmotivated to get started on many things in the first place. What can you do about it?

Ever start telling someone about a great experience you had and realize they just aren’t getting it? Your facts and details can’t get the emotions across. So you say, “I guess you just had to be there…”

This is the difference between the “inside view” and the “outside view.” But very often when you look at a task — even one you’ve done before — you take the outside view. You forget the emotional component. And so something you may actually enjoy seems like a chore.

I often have to read a few books to prepare for an interview. And sometimes my knee-jerk reaction is the outside view: “I have to read 450 pages before I talk to this person?!? Ugh.” The irony is I love reading when I’m in the midst of it. It’s a total “flow” experience for me.

If I don’t remind myself of those positive emotions I feel while reading, I procrastinate because from the outside view it’s “yet another chore I have to do.” Here’s Dan:

So how can you avoid the outside view on tasks that won’t be that bad once you’re immersed in them?

Often it’s just a matter of what part of the activity you focus on before you start. Research shows exercise is one of the activities that makes people happiest, and yet so many of us avoid going to the gym. Why?

Studies show that’s because we focus on the beginning of the workout — the most unpleasant part:

If you think about the middle of the workout when you’re breaking a good sweat, you get the advantage of the inside view and you’re more motivated.

Now I know what some people are thinking: “What about tasks where the inside view is actually worse than the outside view, Mr. Smarty Pants? Some things just suck.”

No doubt. So think about that awesome feeling of accomplishment you’ll have after it’s done. I hate doing my taxes but it feels amazing to cross something awful like that off my to-do list.

(To learn the 6 things the most productive people do every day, click here.)

Alright, we’ve learned a lot. Let’s round it up and learn the difference motivation can make in your life…

Here’s what Dan Ariely says will get you motivated:

You’re not a machine, but when it comes to getting things done we often use machine metaphors. Motivation is a feeling, something machines don’t have. So don’t neglect your feelings.

Motivation is an issue of perspective. The task doesn’t change, but how you see it does.

Reframe it so you focus on the meaning. See the task as something you own, versus something shoved on you. Take the inside view so you remember the good feelings, not the boring details.

Grandmom Rita — may she rest in peace — knew all that intuitively.

She wasn’t “slaving over a hot stove.” She was “bringing a family together.” And that’s motivating. 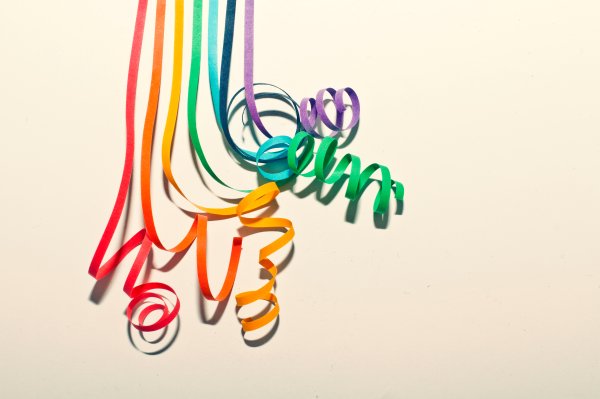 4 Ways to Live a Happier Life, According to Research
Next Up: Editor's Pick