A demonstration at Hampshire College called for the school to reverse a decision to stop flying the American flag, on Nov 27, 2016.
Brian Steele—Courtesy of The Republican
By Maya Rhodan

A decision by Hampshire College to stop flying the American flag on campus led hundreds to protest at the Massachusetts school this weekend.

The election of Donald Trump as President led some students to lower an American flag that waved above the campus to half-mast, New York magazine reports. Later, an individual lit the flag on fire just days before Veterans Day, and the college president soon called for the removal of all flags on campus.

That decision stoked anger among members of the Amherst, Mass. community, particularly among military veterans. On Sunday, veterans groups led a demonstration on the campus where hundred gathered and waved flags in protest. Several local officials spoke at the rally, according to MassLive.com.

A spokesperson for the college told MassLive.com that the school’s president spoke with a veterans group before the rally.

“President Lash listened respectfully to the views of the veterans, and explained that the Hampshire College community includes a wide range of views including employees and students who have served or are currently serving in the U.S. military,” said spokesperson John Courtmanche. 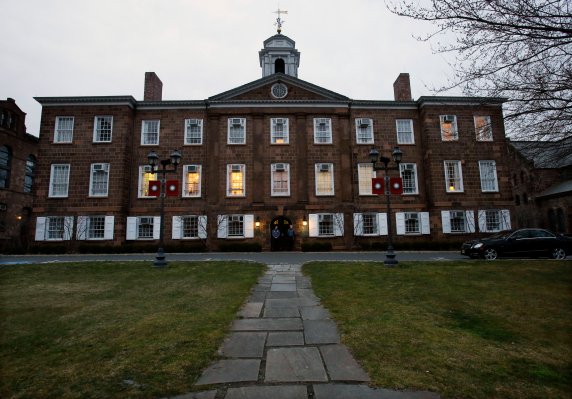