Sporting striped uniforms with gold Stars of David to portray Jewish prisoners in concentration camps, the two skated on Saturday night to the Israeli song “Beautiful That Way” that was used in the movie about the Holocaust, Life Is Beautiful. They skated for a Russian reality TV show, CBS News reported, citing Israeli media outlets.

The performance drew criticism from viewers who found the routine offensive.

Navka posted a series of photos from the performance on Instagram, prompting backlash in the comments. One user wrote, “Tasteless. Insensitive. The Holocaust is not happy entertainment,” while another commented, “You make me sick.”

Navka wrote in her post that the performance was based on Life is Beautiful, one of her favorite movies, and that children need to remember the Holocaust. 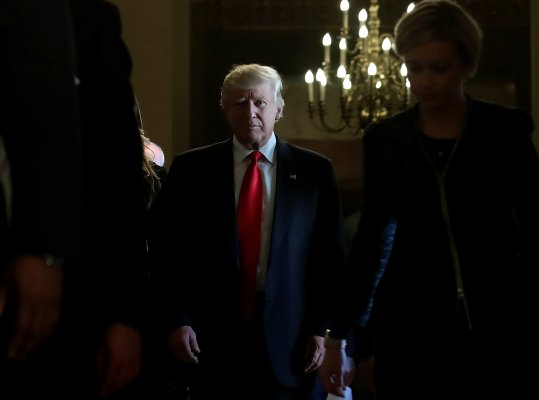 The West Can't Stand Up to Russia in the Donald Trump Era
Next Up: Editor's Pick