A Delta jet takes off at LaGuardia Airport , August 8, 2016 in the Queens borough of New York City.
Drew Angerer—Getty Images
By Mahita Gajanan

Delta Airlines issued an apology after a passenger on one of its flights shouted at others in support of President-elect Donald Trump in an expletive-filled screed.

“Donald Trump, baby,” the man yelled at other passengers on the plane, according to video footage posted on Facebook. “We got some Hillary b—-es on here? Come on, baby. Trump!”

Delta, on Saturday, released a statement apologizing for the incident and said the man “should not have been allowed to continue on the flight.”

“Our responsibility for ensuring all customers feel safe and comfortable with Delta includes requiring civil behavior from everyone,” the statement said. “The behavior we see in this video does not square with our training or culture and follow up will continue so we can better ensure our employees will know they will be fully supported to make the right decisions when these issues arise.”

The video was posted Tuesday by another passenger on Delta Flight 248, which was flying to Allentown, Pennsylvania from Atlanta.

“Donald Trump is your president, every goddamn one of you,” he said. “If you don’t like it, too bad.” 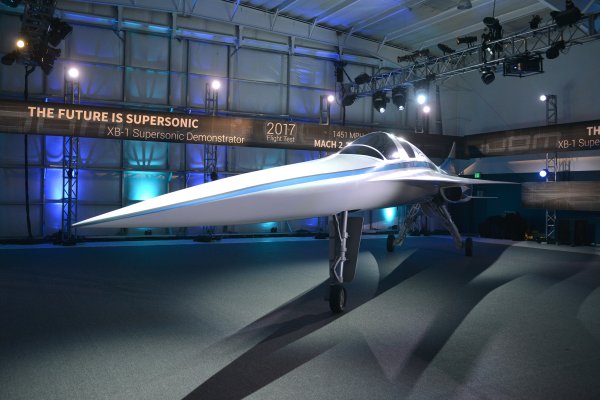 This Aviation Startup Aims to Make Flights Supersonic Again
Next Up: Editor's Pick