In an interview with Esquire, the Weekend Update co-anchor said the show tends to skew to the left, often prompted by Trump’s behavior.

“Oddly, I agree with him. We try to write that way,” he said. “But the thing that Donald Trump doesn’t understand is that when you’re that ridiculous, it’s kind of hard to talk about anything else. You have this ridiculous orange billionaire doing stranger and stranger things, what else is there?”

Trump took issue with SNL last week, after a sketch portrayed him as confused and inept at handling the challenges of the presidency. He called it a “totally one-sided, biased show” and asked for “equal time.”

On this point, Che agreed.

“I think the show should show all views and we make a conscious effort to do so,” he said, pointing to a sketch called “The Bubble,” which made fun of liberals trying to protect their ideals.

Trump will remain fair game for SNL, Che said, noting that the show has been “the most friendly” to him.

“But comedy should take both sides,” he said. “No matter who is in power, we should be making fun of them.” 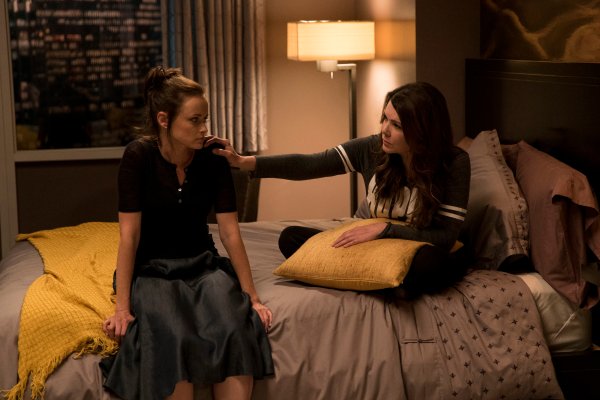 Let's Talk About That Gilmore Girls Ending
Next Up: Editor's Pick