President Barack Obama said “history will record and judge” former Cuban leader Fidel Castro’s impact on the island nation and offered a “hand of friendship” to the Cuban people in a statement Saturday on Castro’s death at 90 years old.

“We know that this moment fills Cubans — in Cuba and in the United States — with powerful emotions, recalling the countless ways in which Fidel Castro altered the course of individual lives, families and of the Cuban nation,” he said.

The Cuban leader’s passing comes at a time of change between the two nations, which have had a tense relationship over the past five decades. President Obama sought to reverse that in his last term in office, reopening an embassy on the island and opening up channels for both travel and the exchange of some goods. “During my presidency, we have worked hard to put the past behind us, pursuing a future in which the relationship between our two countries is defined not by our differences but by the many things that we share as neighbors and friends,” Obama said before offering condolences to the Cuban people and the family of Castro.

“As they do, the Cuban people must know that they have a friend and partner in the United States of America,” Obama concluded.

His statement stands in stark contrast to that of President-elect Donald Trump, who called Castro a “brutal dictator” whose legacy was one of “firing squads, theft, unimaginable suffering, poverty and the denial of fundamental human rights.”

“It is my hope that today marks a move away from the horrors endured for too long, and toward a future in which the wonderful Cuban people finally live in the freedom they so richly deserve,” Trump said. 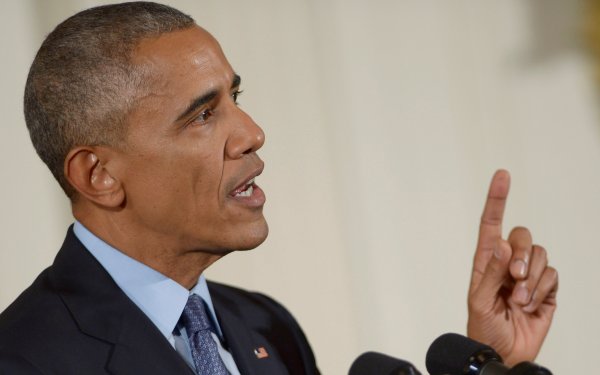