Detroit native Aretha Franklin sings the National Anthem prior to the start of the Detroit Lions and the Minnesota Vikings game at Ford Field on Nov. 24, 2016 in Detroit, Michigan.
Gregory Shamus—Getty Images
By Dave Quinn / Poeple

Legendary singer Aretha Franklin has reached a status in her career where she can do no wrong.

The Queen of Soul has a career spanning six decades. She’s won 20 Grammy Awards. Has a Kennedy Center Honor. And was granted the Presidential Medal of Freedom.

She did just that on Thanksgiving too — performing “The Star-Spangled Banner” before Thursday’s Detroit Lions and Minnesota Vikings game at Ford Field.

Wearing a grey fur coat and a knit Detroit Lions hat, Franklin sat behind a grand piano — which she played throughout the song. She took fans to church in the heartfelt performance — slowing down the song and hanging on nearly every word. (The “flag was still there” — for at least 12 seconds, for example).

Franklin is an icon to the city of Detroit — where the sound of Motown was born. So it was no surprise that the crowd at Ford Field were especially in love with Franklin’s National Anthem — breaking into thunderous applause throughout the performance.

But the Internet had a field day of their own with her rendition.

“Thankful Aretha Franklin doesn’t sing the Anthem when I pitch,” wrote Pittsburgh Pirates pitcher James Taillon. “Pretty sure I would have to go back to the pen and warm back up #pipesthough.”

Other fans on Twitter couldn’t get over how long Franklin took — many joking about what they could have done in the meantime.

And it’s a good thing Colin Kaepernick wasn’t around…

Still, the praise for Franklin was pretty unanimous. 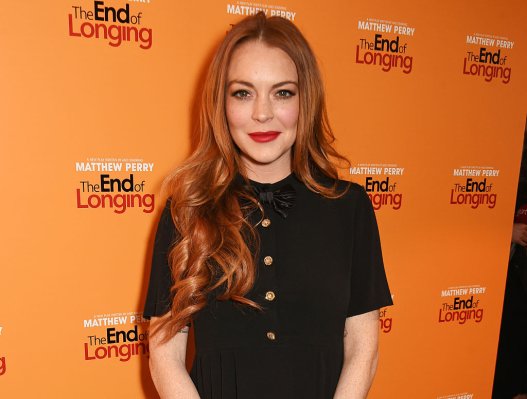 Lindsay Lohan Apologizes to Small British Town for Not Switching on Christmas Lights
Next Up: Editor's Pick