Germany Culls 16,000 Turkeys After Detecting An Outbreak of Bird Flu

German authorities have culled 16,000 turkeys and have ordered for the slaughter of 92,000 chickens after detecting a strain of bird flu, according to a report.

An outbreak of the H5N8 strain of bird flu has affected three poultry plants in northern Germany, the Associated Press reported Thursday. This year, the virus has been found in four German poultry farms and in wild birds in 12 of Germany’s 16 states.

Israel and series of European countries— such as Germany, Hungary, Poland and Denmark— have reported cases of the virus, which is usually found in wild birds. H5N8 is not known to infect humans, but the contagious strain can spread rapidly among birds.

Outbreaks of the virus are likely to occur in the next few weeks as wild birds, which are suspected to be the source of the virus, migrate southward, according to Reuters. 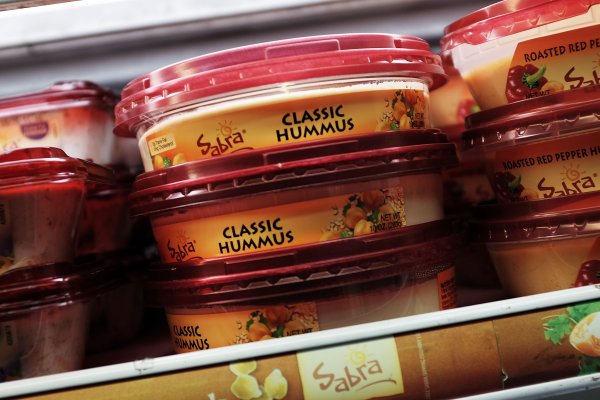 Sabra Hummus Has Been Recalled for a Possible Listeria Contamination
Next Up: Editor's Pick