A senior adviser to Donald Trump said the new administration will cut back on what he described as “politicized” climate change research, indicating plans to eliminate funding for NASA’s Earth science division.

“We see NASA in an exploration role, in deep space research,” Bob Walker, Trump’s top NASA adviser, told the Guardian. “Earth-centric science is better placed at other agencies where it is their prime mission. My guess is that it would be difficult to stop all ongoing NASA programs, but future programs should definitely be placed with other agencies. I believe that climate research is necessary, but it has been heavily politicized, which has undermined a lot of the work that researchers have been doing. Mr. Trump’s decisions will be based upon solid science, not politicized science.”

Walker’s comments align with some of Trump’s previous remarks on climate change. The president-elect has dismissed global warming as a myth created by China—whose officials have refuted that claim.

But asked on Tuesday about his approach to climate change during his meeting with the New York Times, Trump said he is keeping an “open mind.”

“I have a very open mind,” he said. “And I’m going to study a lot of the things that happened on it and we’re going to look at it very carefully. But I have an open mind.”

Trump said he thinks “there is some connectivity” between human activity and climate change—an answer that differs from previous statements. His campaign manager, Kellyanne Conway, said in September that Trump “believes that global warming is naturally occurring,” not man-made.

Walker’s comments drew criticism from some scientists, as nearly all climate scientists agree that humans are contributing to climate change, and they’ve advocated for urgent measures to address it.

“Information on planet Earth and its atmosphere and oceans is essential for our way of life,” he said. “Space research is a luxury, Earth observations are essential.” 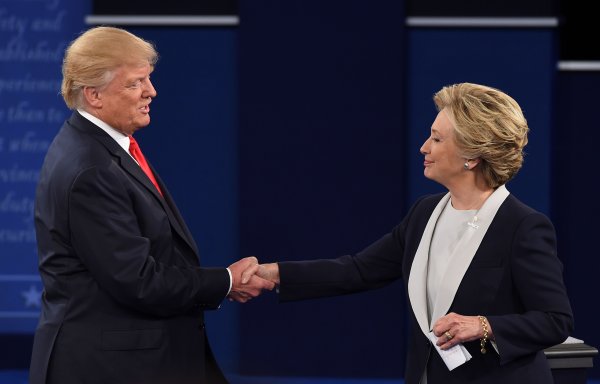