Assassin’s Creed Unity was a surprise misfire for Ubisoft’s alt-history sneaker series in which various factions vie for control of the world. Its followup last fall, Assassin’s Creed Syndicate, got the wheels mostly back on track, but the bloom was off the rose. You may, understandably, have given it a pass, in other words.

Now’s your chance to circle back. For those rocking Sony’s new PlayStation 4 Pro (see our review) and a 4K television (see our buyer’s guide), it seems Ubisoft’s snuck out a patch that adds 4K support to the game. Version 1.50, noticed by NeoGAF, doesn’t appear to be doing anything else. But it may be a welcome gift for PS4 Pro owners, and further indication that developers may be quietly mulling updates to other extant titles.

Emphasis may be. The patch notes are feature-specific: “Added 4K support on PlayStation 4 Pro.” That would imply something greater than native 1080p support, and that you’d need a 4K television to enjoy the extra pixel bounty. The original PlayStation 4 game rendered at 900p. Does the PS4 Pro version render at greater than 1080p?

I’ve installed the patch and futzed around Southwark, and it’s not clear the game looks any better. Distant objects — brick facades, industrial smokestacks, discrete stones in roads and mortared walls viewed from five or six stories up — seem better delineated and less prone to shimmering when swiveling the view. But that could just be the way my new 4K television’s upscaling the picture, not the game itself.

Some at GAF seem to think the patch is just a user interface upscale, and that the game itself is still rendering at the original 900p resolution. Even if it’s been bumped to native 1080p, the patch note language is worrisome, since it specifies 4K, which implies pixel counts minimally greater than 1080p. No one’s expecting native 4K support from the PS4 Pro, but 1080p support has nothing to do with 4K screens. You could, in other words, enjoy the salient benefits on a plain old 1080p screen.

And so we’re left to squirm over the PS4 Pro’s Achilles heel: that, absent studio transparency, it’s left to message board guessing and face-off reverse engineering to articulate what developers themselves could, and ought to be doing, by releasing these things with a few simple lines of elucidation. 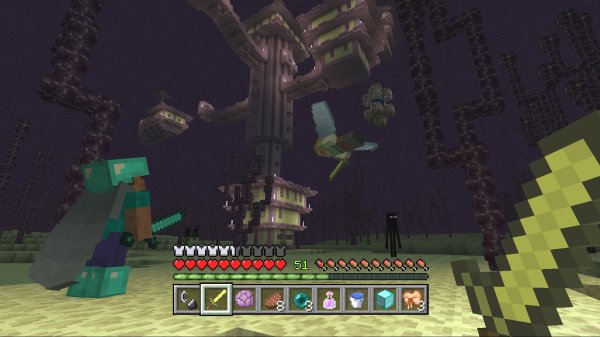 'Minecraft' Is Getting a Massive Update On PlayStation and Xbox
Next Up: Editor's Pick