Move Over, New Yorkers: You Have No Idea How Small an Apartment Can Really Get

An aircraft flies past a residential building in the Tung Chung area of Hong Kong on Feb. 3, 2016
Bloomberg/Getty Images
By Kevin Lui / Hong Kong

Manhattanites, think those 300-sq.-ft. apartments in the Big Apple are small? Please.

One property project under development in suburban Hong Kong caused an uproar in the semiautonomous Chinese territory late November, when its developers revealed that the smallest studio suites in the completed apartment block would measure just 128 sq. ft. — or nearly 12 sq m.

No, that’s not a typo. A property developer in one of the world’s key financial hubs is offering apartments only two-fifths the size of what New York City’s then mayor Michael Bloomberg referred to as “micro-units.”

The Hong Kong project attracted even more ridicule when a representative of the developers told local media that the Lilliputian units — to be sold to grown-up buyers as condominiums — took inspiration from student accommodation.

But even those 128-sq.-ft. “gnat flats,” as they’re sometimes called locally, are out of reach of many young people, never mind owning a palatial 300 sq. ft. of real estate. The latter is an extravagant fantasy.

“You wouldn’t think [owning a micro apartment is] exceptionally good” Joe Kok, 24, tells TIME. But “It is the stuff of dreams for many people. The price of everything just keeps growing exponentially.”

Crazy property prices in this freewheeling metropolis, where a cup of coffee can set you back by $8 on average, are nothing new. Just this January, an international survey bestowed upon Hong Kong the dubious achievement of having the most unaffordable housing in the world, for the sixth time in a row. The territory’s latest Gini coefficient, as reckoned by Hong Kong’s Census and Statistics Department in 2011, is just 0.537. That makes it the world’s 10th most economically unequal place according to the CIA World Factbook. Only places like Haiti and the Central African Republic have greater economic disparity.

During Hong Kong’s boom years — the 1970s and ’80s — social mobility was fueled by home ownership. Couples and families found it easier to save and put a down payment on that first apartment, flip it within a year or two, and move up both the property and social ladders. But, as is the case in many North American and Western European countries, owning property has become practically out of reach for the average millennial.

“Just when they start thinking about it, people might already realize [buying a home] is unfeasible,” says Ricky Wong, 26. “Society must’ve run into problems, such that people can’t buy a home even if they’ve worked hard their whole lives.”

A man looks at a model of Park Vista, a residential property developed by Sun Hung Kai Properties, at a sales exhibition in Hong Kong, on Feb. 3, 2016
Bloomberg/Getty Images

Edward Yiu, an urban-studies scholar and one of Hong Kong’s leading voices on housing-related issues, tells TIME that rise in both rent and home prices has far outstripped the growth of salaries.

“Seeing such movement in property prices, people in Hong Kong would conclude that the housing market is out of reach for them,” he explains. “With a population so disgruntled, there is simply no way for the city to be well-governed.” (Yiu was elected to the territory’s legislature in September, but the fate of his seat is hanging in the balance at the time of writing: He’s one of many liberal lawmakers targeted by the emboldened local government’s legal maneuvers.)

The lack of personal space, perceived or real, are causing jitters of all sorts among the city’s youth. As one 25-year-old local politician put it bluntly in October, “If we want to bang, there’s no room to bang in … This is a very realistic problem.”

Read More: Inside the NYC Building That Offers Nirvana for Millennials

Hongkongers’ relentless pursuit of a roof to call one’s own — or even just to move out of the family home — sees ingenious property developers and entrepreneurs push things to their rational conclusion, and then some. A recent rental listing featuring so-called space-capsule apartments, modeled after Japan’s famed capsule hotels, captured the attention of both local and international media.

One report called them “luxury cage homes,” alluding to the territory’s notorious slums where tenants renting only bed spaces are literally caged in. Citing the onslaught of press interest, the space capsule apartment’s landlord declined TIME’s request for a visit and an interview.

Despite the territory’s housing crisis, many balk at the idea of renting a pod for $644 a month. “I’d rather live with my family,” says Wong.

As for proper apartments, the 128-sq-ft units are far from an outlier in the market. A slew of new residential projects unveiled in the second half of 2016, all with significant numbers of minuscule studios on offer, best exemplify how developers are cashing in on limited space. Several developers made local headlines when their projects were revealed to contain studios ranging from 128 sq. ft. to 166 sq. ft. In the words of local Chinese-language media outlets, these are “smaller than a single-person prison cell” or “just larger than a Honda Jazz car.”

Commercial and residential buildings stand in the West Kowloon district in this photograph taken with a tilt-shift lens in Hong Kong on July 21, 2016
Seong-Joon Cho—Bloomberg/Getty Images

Residential units of this size are not unheard of in Hong Kong, but previous iterations have mostly been created by dividing large apartments in older buildings. According to the most recent official numbers, nearly 200,000 people in Hong Kong (including those only living in the city temporarily) live in so-called subdivided units — a lamentable figure for one of the world’s financial capitals. A majority of residents in these cramped homes, often poorly illuminated and ventilated, are of lower socioeconomic statuses. Such subdivisions are usually unofficial — creating fire and other hazards for residents along the way — but they so ubiquitous that the territory’s Buildings Department feels the need to address it with a whole dedicated section of its website, and they have become the target of local satirists.

What’s new about the matchbox developments of 2016, though, is the fact that they are new housing projects built from scratch. Buying any one of these pint-sized apartments would cost on average by almost $400,000 — about 17 times a Hongkongers median annual wage.

And yet, according to Yiu, they are still an understandable buy.

“The existence of minuscule residential units can be rationalized both in economic and policy terms.” He explains that the government’s measures of additional stamp duties for repeat buyers and foreigners, first implemented in 2012 and 2013 to cool the property market, inadvertently drove investors’ demand to smaller flats as a way of minimizing their tax burden.

For its part, the Hong Kong government moved early November to raise the stamp duty rate for property transactions to 15%, regardless of the size or price of the property changing hands. (First-time buyers who are permanent residents of the city are exempt from this, as well as previous additional stamp duties.) Activity in the local property market slowed somewhat in the immediate aftermath, according to the South China Morning Post — but whether these measures would allow more people to buy affordable homes in the long term remains to be seen.

Authorities in the territory repeatedly maintain that much has been done to both increase the quantity of housing supply and damp down property prices, mainly by seeking additional land for public housing and ramping up sales of subsidized housing. But the average price level of private housing in Hong Kong rose by a staggering 47.4% from the time Leung Chun-ying, the current chief executive (as the city’s top official is called) assumed office in July 2012 to October 2016.

But Yiu tells TIME that, instead of finding extra land on which to build houses — something “which doesn’t help solve the problem of housing and home prices” in Hong Kong — he thinks that investors and speculators should be separated from prospective buyers only looking for a place to call home, in part by bringing home-building models like housing cooperatives to the city.

“If a family chooses not to flip houses, it should be able to opt for its right to housing while foregoing any potential income from treating housing as a form of investment,” he tells TIME.

For now, that isn’t much help to the city’s young, who see no way out of their dilemma. Says Gian Lau, 23: “If I look at, say, five or 10 years down the line, I still see myself rather far away from buying my own property.” 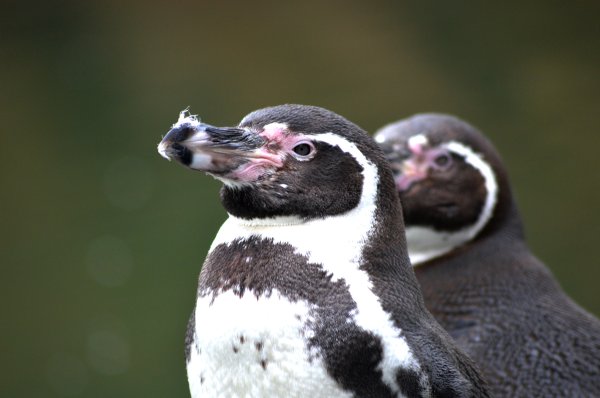