Billionaire philanthropist George Soros has pledged $10 million to combat hate crimes in the wake of Donald Trump’s election as President, the largest donation of its kind since a spike in attacks following the Nov. 8 poll.

According to the New York Times, Soros said that the recent escalation in attacks against immigrants and minorities were caused by “dark forces that have been awakened” by the election.

“We must do something to push back against what’s happening here,” Soros, a Holocaust survivor from Hungary, told the Times in a telephone interview.

There has reportedly been an uptick in private donations to organizations such as the American Civil Liberties Union and Planned Parenthood since the election. Soros will gift an initial $5 million in grants of up to $150,000 to community-based and civil-society organizations through his non-profit, Open Society Foundations, the Times reports.

Funding will also be appropriated to groups that monitor and track hate crimes across the U.S., the Times reports. One such group, the Southern Poverty Law Center, says it has received more than 700 reports of harassment and possible hate crimes since polling day.

Soros said the gift was not intended as a statement of political opposition to Trump’s policies, but that he believed the President-elect’s disparaging rhetoric about Muslims, Mexicans, women and other groups were “directly responsible” for the recent rise of racially or otherwise socially charged episodes.

Days after his election win, Trump said during an interview with CBS News’ 60 Minutes that he was “saddened to hear” reports that some of his supporters had attacked minorities, and called on them to “stop it.”

Nonetheless, Trump has come under sustained criticism for not doing more to suppress the recent rise in tensions, as well as what appears to be his team’s tacit acceptance of support from so-called “alt-right” white-supremacist groups. 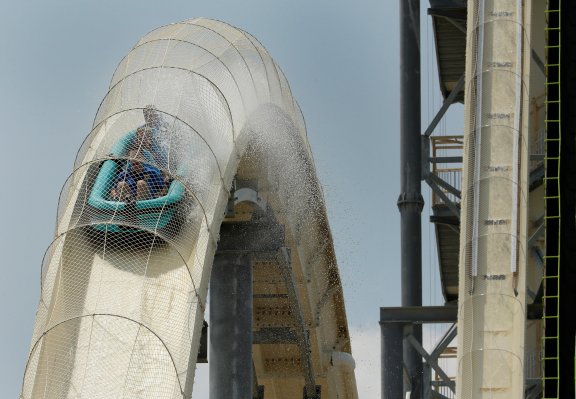 World’s Tallest Water Slide Will Be Torn Down After 10-Year-Old Boy’s Death
Next Up: Editor's Pick