Amber Heard is being sued by the producers of troubled movie London Fields for $10 million, after they accused her of conspiring to sabotage the film.

According to the suit, producers Chris Hanley and Jordan Gertner contend that Heard — who plays femme fatale Nicola Six — worked with director Matthew Cullen to try and cut some of the movie’s provocative sex scenes, Variety reports.

The film, which is based on the 1989 dystopian Martin Amis novel of the same name, has been on hold since 2015 when a dispute between the director and producers reached boiling point at the Toronto Film Festival.

Producers said that after Cullen took too long and went wildly over budget, they took the movie out of his hands and created their own final edit — the version which was to premiere at the festival.

But the movie was pulled from the docket. At the start of the festival Cullen sued the producers for fraud, who then later countersued.

Heard and other actors from the film are alleged to have sided with the director, refusing to co-operate with postproduction requirements and conspiring to damage the movie’s prospects.

The film is a murder mystery with a difference in which the victim, a clairvoyant played by Heard, knows the day she will die, but not who will kill her. A select few critics got to see an early debut and the reception was scathing, with one review calling it a “car crash” of a movie. Heard’s former husband Johnny Depp had a cameo appearance in the film. 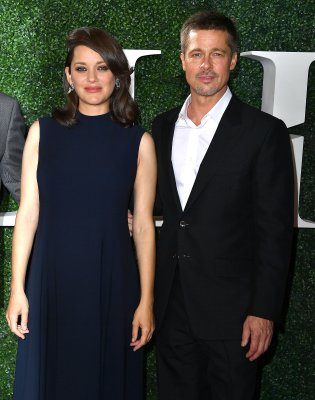 Brad Pitt, Marion Cotillard and the Long History of the Rumor Mill at the Box Office
Next Up: Editor's Pick