U.S. President Barack Obama speaks to the media after having lunch with formerly incarcerated individuals who have received commutations, including Ramona Brant (L) and Phillip Emmert (R), at Bus Boys and Poets restaurant on March 30, 2016 in Washington, D.C. Pool—Getty Images
Pool—Getty Images
By Maya Rhodan

President Obama continued his historic efforts to reshape the approach to clemency and announced 79 more commutations for federal offenders.

As of Tuesday, White House officials noted, Obama has shortened the sentences of over 1,000 federal prison inmates, 342 of whom were serving life sentences. In 2016 alone, the president has released 839 federal prisoners. The president’s efforts align with the Clemency Initiative that was launched in 2014, an administration effort to address the adverse effects of the nation’s tough-on-crime drug laws.

Obama had at one point been considered one of the least merciful president’s in U.S. history. Now he has commuted more sentences than the past 11 presidents combined. On a press call on Tuesday, White House counsel Neil Eggleston said although his term is coming to an end, the president will likely grant additional commutations before President-elect Donald Trump is inaugurated on Jan. 20.

“We have two months left in this administration,” Eggleston said. “I think you can anticipate that we will keep going until the end.”

Though there is no target number of commutations to grant, over summer the Department of Justice made a commitment to reviewing the remaining petitions from drug offenders before the end of the president’s term. Deputy Attorney General Sally Yates said Tuesday there were 6,300 such petitions, all of which she expects the Department will make recommendations on and send to the White House.

“On Aug. 31, we made a commitment that we would review and make recommendations on all the pending drug petitions that we had at the Department of Justice in sufficient time for the president to be able to make a determination,” she said. “We are on track to be able to make those recommendations to the White House so that the president can make an informed decision.”

Despite the president’s efforts, there will likely be outstanding petitions when he hands the keys over to Trump. While the president has shown personal commitment to this initiative, touring a federal prison and even taking the time to meet with recipients of executive clemency over a D.C. lunch, the president-elect’s personal approach is yet-to-be-seen.

His pick for Attorney General, Alabama Sen. Jeff Sessions, however, has been at the forefront of efforts to thwart criminal justice reform initiatives, including the early release of nonviolent drug offenders. 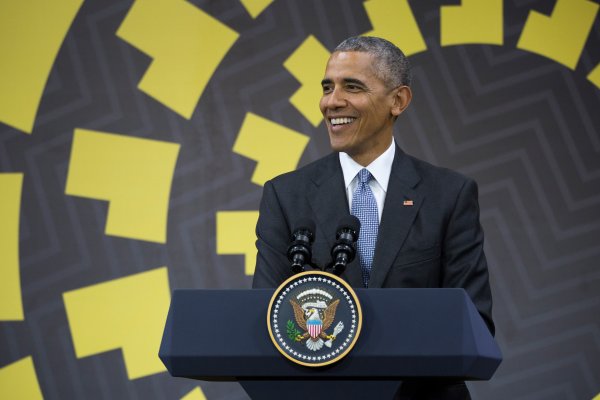