Channing Tatum is putting on his blue suede shoes.

The actor will soon be bringing his new show Magic Mike Live to Las Vegas, and to celebrate, he teamed up with Omaze and (RED) to disguise himself as Elvis Presley and give a few unsuspecting office workers a first look at what to expect.

The Magic Mike star donned a white sequined jumpsuit, shades, and a wig to take over an office elevator, breaking out in song and scaring a few employees away with his dance moves. It’s all part of an Omaze charity initiative supporting (RED), where fans can donate to help fight AIDS and enter to win a trip to Las Vegas to see the new show with Tatum himself. Not only will Omaze put one winner and their guest up at the Hard Rock Hotel and Casino in Vegas, but they’ll also get a chance to “count abs with Channing Tatum at the premiere of Magic Mike Live.”

Watch the video above to see Tatum’s Elvis impersonation, and head to Omaze for more info on the campaign. 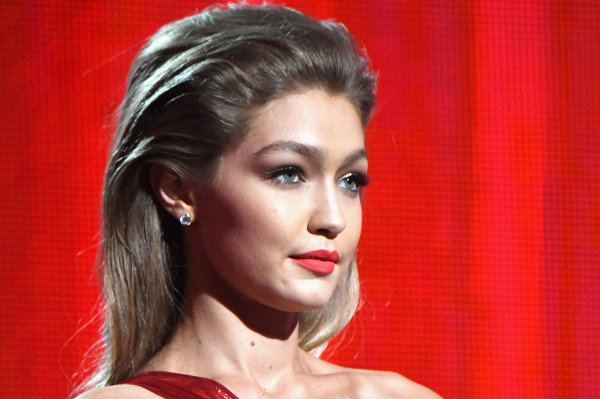