What Is an Emolument? Donald Trump Has People Talking About This Part of the Constitution

As President-elect Donald Trump moves toward the Oval Office, his business empire has become the subject of much curiosity over potential conflicts of interest. Now legal experts are debating whether Trump’s business dealings with entities controlled by foreign governments may violate the Emoluments Clause of the U.S. Constitution.

The clause in question specifically states that “no Person holding any Office of Profit or Trust under them, shall, without the Consent of the Congress, accept of any present, Emolument, Office, or Title, of any kind whatever, from any King, Prince, or foreign State.”

But what’s an emolument?

The simplest definition is that an emolument is compensation for services or from employment or an office. It has also been said to mean “advantage” or “benefit.” The word comes from emolumentum, which is Latin for “profit” or “gain.” According to Merriam Webster, the word has been used in English language since the late 15th century, and it is believed to have originally been used to refer to payment to a miller for grinding corn – derived from the word emolere, meaning “to grind up,” with “the prefix e- here adding the notion of ‘thoroughly,'” according to Oxford Dictionaries.

The Constitution’s provision is borrowed from the Dutch, who, according to the National Constitution Center, instituted a rule in the mid-17th century that prohibited foreign ministers from accepting gifts, in an attempt to crack down on a custom in which rulers would give presents to departing foreign emissaries or diplomats. “Every one knows the vast sums laid out in Europe for secret services,” argued Elbridge Gerry, a delegate at the Constitutional Convention.

“The standard thing you got from Louis XVI was a portrait of Louis XVI surrounded by diamonds, and everybody knew that the departing diplomats took the diamonds out of the frames and sold them,” says Herb Sloan, professor emeritus of history at Barnard College. “It was practices like that that bothered the Founding Fathers, who thought of these as potential bribes.”

In fact, Ben Franklin received one of these portraits in 1785, while the King of Spain gave John Jay a horse, according to the Heritage Foundation’s guide to the Constitution.

The Framers may have believed that allowing such gifts would put the brand-new Republic in danger of being overtaken by other superpowers. And they had reason to worry. For instance, historians say that in the 18th century, Britain and France attempted to manipulate Swedish politics to their own advantage by bribing opposing political parties. “This kind of interference by major superpowers in the affairs of lesser powers like Sweden — which was a declining power— or the new United States — which was no power at all — is something that people worried about a lot because they saw countries like Poland completely disappear from the map as their greedy neighbors gobbled them up, and that’s basically what people like Washington were warning about,” says Sloan.

So, near the end of the Constitutional Convention, Charles Pinckney “urged the necessity of preserving foreign Ministers & other officers of the U. S. independent of external influence.” That idea became the Emoluments Clause.

But, while the definition of the word may seem straightforward, legal experts are divided on how to apply the provision.

Seth Barrett Tillman, a lecturer at the Maynooth University Department of Law in Ireland, has argued that the clause doesn’t apply to the presidency or elected officials, but rather to federal government appointees. In fact, some questioned whether contributions made by foreign governments to the Clinton Foundation while Hillary Clinton was Secretary of State violated the Emoluments Clause. Others—like Fordham Law professor Zephyr Teachout, who made the case in a New York Times op-ed—point out that past presidents have taken great pains to make sure they don’t bump up against the Emoluments Clause. She argues that the Legislative Branch is responsible for creating “a procedure to review and consent to foreign-state related transactions that benefit” the President, pointing out that Congress had President John Tyler auction off two horses given to him by a foreign power, and the proceeds went to the Department of the Treasury.

Meanwhile, Stephen I. Vladeck, Professor of Law at the University of Texas School of Law, tells TIME that the less high-profile Emoluments Clause has been “overtaken” by the Foreign Gifts and Decorations Act, enacted by Congress in 1966, which provides much more specific guidance on what types of gifts can be given and their value, in certain situations.

The many questions about the clause include, according to Erik Jensen, professor emeritus at Case Western Reserve University School of Law: whether a corporation formed by a foreign state but legally distinct counts; whether the term emolument can include more than compensation for services; whether it can apply to benefits in connection to arms-length property exchanges; and whether it applies to gifts to family members.

Such questions, he argues, “will never definitively be answered.” 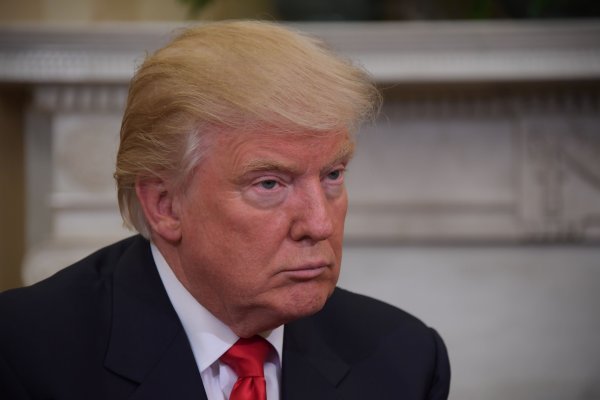 Donald Trump and the Epidemiology of Hate
Next Up: Editor's Pick