Find Out What Your British Name Would Be

Oscar Wilde once wrote that the English “have really everything in common with America nowadays, except, of course, language.” While it’s true that the British use dozens of alternate terms for common items, like “lorry” (truck) or “crisps” (potato chips), there is one difference that goes less documented: They also prefer different names.

That’s according to TIME’s comparison of the Social Security Administration’s U.S. baby name data with the official U.K. baby name tables, in which we matched names in one country with those of equal popularity across the pond. Try it yourself. You can either translate an American name into it’s British counterpart or go in the reverse direction by clicking “American” at the top of the interactive and entering a British name to be translated.

The U.K. data represents the volume of baby names in England and Wales since 1996, so the results of this exercise represent names that have been equally popular in each country over the past 20 years. For example, the choice of “Madison” for girls in the U.S., which surged in popularity in the early 2000s, has the same popularity as “Holly” in the U.K. Even less common names have their British equivalents. Like “Barack,” which briefly spiked in America after the 2008 election, the Polish name “Przemyslaw” surged in popularity in the U.K. at the same time. (The Polish population in the United Kingdom was rapidly growing.)

While some names might match differently if compared in earlier decades, comprehensive public data on baby names is not available for British newborns before 1996. 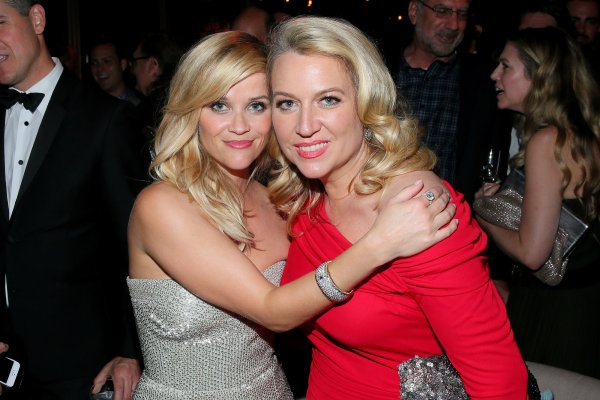 Here's What Cheryl Strayed and Reese Witherspoon Say About Their Gilmore Girls Revival Moment
Next Up: Editor's Pick