The search for cutting edge ways to extend life has led to some curious experiments, including the idea that young blood could help improve the aging process. Venture capitalist Peter Thiel has said he’s interested in the possibility of young blood transfusions, and one company called Ambrosia is currently conducting a human trial of such transfusions.

The idea comes from research by scientists at institutions including Berkeley and Stanford who have conducted studies of parabiosis—the joining of two living things—in mice models. Some of the findings have been promising. But the researches argue their experiments are not ready for primetime, and in fact, there’s no solid evidence that young blood transfusions work. In a new study published in the journal Nature Communications, the researchers show that the compounds in old blood appear to have a much more negative impact on aging than any rejuvenating effect from young blood.

In 2005, researchers Irina Conboy and Michael Conboy of the University of California, Berkeley and their colleagues published findings that suggested tissue improvements in older mice that were surgically sutured to younger mice so that they exchanged blood. The takeaway was not that young blood is a cure-all, but entrepreneurs and other interested parties ran with the idea.

“Since then, the story has switched into a highly exaggerated search of young blood and its derived silver bullets to combat aging,” says study co-author Irina Conboy, an associate professor in the department of bioengineering at UC Berkeley.

In the new study, the scientists created a way to exchange the blood of young and old mice so that the mixture was 50-50. They found that old mice had some improvements in muscle repair and liver fibrosis, but young mice experienced worsened cell formation in the brain and impaired coordination, and the declines happened rapidly.

“The big result is that a single exchange hurts the young partner more than it helps the old partner,” says study co-author Michael Conboy of UC Berkeley. “That means the negative stuff in old blood is more potent and overriding than the good stuff in young blood, at least in the short term.”

The researchers plan to expand on their findings and look into a way to remove specific key inhibitors of old blood that may be causing health issues, but the science isn’t there yet. “Donor blood can save lives when it is depleted in surgery or trauma, but using it to rejuvenate oneself is counterproductive,” says Irina.

Much more research is needed to understand whether there are therapies that could slow aging by targeting compounds in a person’s blood. “A hot fad today may not survive tomorrow, so be conservative on what you try at home in order to live healthier and longer,” says Michael. 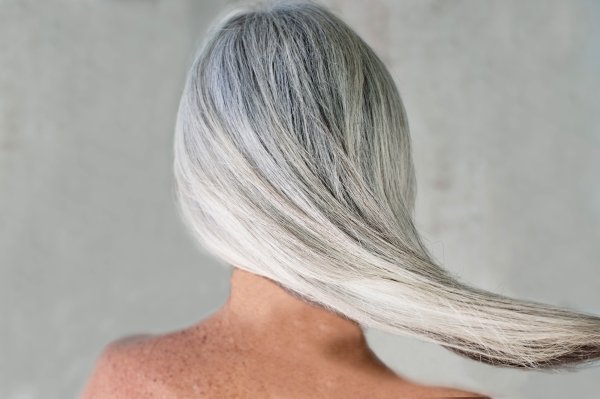 4 Reasons Why Your Hair Is Turning Gray
Next Up: Editor's Pick