Hygge, the Nordic Trend That Could Help You Survive 2016

2016 has been a tough year, with a series of bruising political events, heartbreaking natural disasters and unexpected celebrity deaths. By some accounts, even the long-awaited episodes of Gilmore Girls didn’t quite live up to expectations. Luckily, a centuries-old lifestyle concept exported from the Nordic countries may well be your key to survival in what remains of 2016. You might not have heard about “hygge” yet, but the phonetically challenging lifestyle trend has taken the U.K. by storm and could be about to do the same in the U.S.

Hygge — pronounced, variously, as “hyue-gar,” “hoog-jar” but most commonly “hoo-gah” — broadly means an approach to living that embraces positivity and enjoyment of everyday experiences, said to be core concepts of attitudes to life in the Nordic region. Although the word itself originates from Norway, it was embraced and adopted by the Danes in the 1800s and is now widely used across the Nordic countries. As Meik Wiking, CEO of The Happiness Research Institute and author of The Little Book of Hygge, tells TIME, “Hygge has been around for centuries. It’s something I grew up with, and is a central part of Danish culture and DNA. For us, it’s not a lifestyle move, it’s simply a way of living and how we do things.”

Used liberally and often in everyday Danish life, hygge can be applied as an adjective, a noun and a verb. Helen Russell, who moved to Denmark from the U.K. in 2013, says that she became aware of the word simply because of how often it was used in daily conversation. The author of The Year of Living Danishly, Russell’s definition of hygge is the “complete absence of anything annoying or emotionally overwhelming,” with a focus on togetherness and prioritizing the people in your life.

Although hygge can be a slightly fuzzy concept to pin down, marketers are eagerly using it to entice consumers. At least nine books have been published on the subject in the U.K. this fall, and many leading retailers have adopted the kind of cosy, knitwear-loving, candle-laden aesthetic now synonymous with Scandinavian living in time for their big Christmas campaigns. The trend has also influenced beauty products, recipes, clothing and even alcohol consumption in the U.K., as gløgg, a traditional Scandinavian mulled wine, has started to crop up on the drinks menus of London’s bars. Hygge is now so in-vogue that it was shortlisted for the 2016 Oxford Dictionary Word of the Year. Accordingly, over 1.5 million posts on Instagram are branded with the hashtag #hygge, featuring warm interiors, winter cottage getaways and handmade bunting.

Hygge’s popularity may reflect more than just savvy branding. London-based market research company Mintel’s recent report on families in the U.K. emphasised the impact that busy lifestyles are having on family time; 57% of parents agree that families are not as close as they used to be. With families feeling like they are growing apart, hygge and its emphasis on togetherness and spending quality time with loved ones has provided a welcome antidote.

“The U.K.’s adoption of the Danish concept of hygge poses opportunities for brands to help stressed-out Brits relax and bring busy families back together,” says Jack Duckett, a Senior Consumer Lifestyles Analyst at Mintel. Denmark and other countries across the region all consistently occupy the top spots among global happiness rankings, providing some clues as to why the rest of the world is looking towards the secrets of Scandinavian living to improve their quality and enjoyment of life.

It’s not just in Britain that the trend has taken off, however – major retailers in the U.S. are also cottoning on to the lucrative buzzword. Kevin Harter, VP of Fashion Direction for Bloomingdale’s Home department, tell TIME that “hygge is making its way from Denmark to the U.S. At Bloomingdale’s, it is a concept that we are bringing to life through our product assortment and creative direction in catalogs and in-store visual displays.” These include faux fur throws from Hudson Park, scented candles from Voluspa and cosy pillows from Ugg. Swedish furniture giant IKEA, which has over 45 stores across the U.S., recently compiled a list of things people can do to “get the ‘hygge’ feeling at home”. (Other major retailers, including Crate and Barrel and Pottery Barn, did not respond to requests for comment).

This has put some noses out of joint in the place where hygge originated. Signe Johansen, author of How to Hygge: The Secrets of Nordic Living, says the commercial interpretation has deviated somewhat from the word’s original focus on simplicity and positive daily experiences. “Hygge has been reduced to the visual image of cake and candles, and it’s not really about that,” Johansen, a London-based author of Norwegian heritage, says. “It’s been slightly been misconstrued as cosy domesticity, but it is much more deeply rooted in culture and resilience and making the most of what life has to offer you.” The fact that this long-established element of Nordic culture has become the latest trend is actually “a source of amusement” to locals across the region, Johansen says.

There may also be deeper reasons why hygge is having a moment, these Nordic authors say. “I think it’s because a lot of people in different countries are having the experience of growing richer but not necessarily happier,” Wiking says. Johansen agrees, reflecting on the past year as a time of great uncertainty. “2016’s events in the world have been extraordinary,” she says, referring to Brexit and the unexpected victory of Donald Trump in the U.S. presidential election. “People are feeling very nervous about the future, and feel a deep primal need to start looking after themselves. We can’t control outside events, but we can control ourselves – hygge is about savouring that and not getting drawn in to the maelstrom of craziness that’s going on in the world.“ 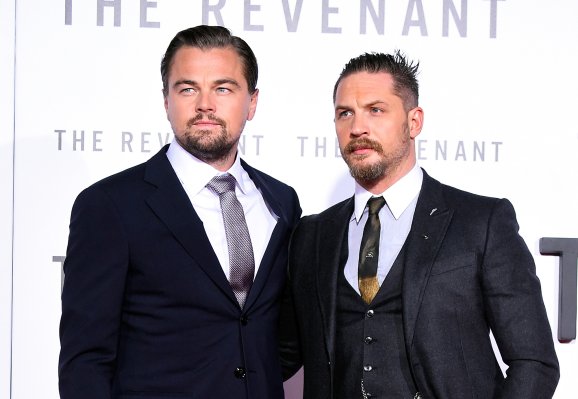 Leonardo DiCaprio Is Making Tom Hardy Get a Bad Tattoo in the Ultimate Bro Move
Next Up: Editor's Pick