I found my gift in a rat’s nest. Down behind the entertainment console, coated in dust and wrapped in a tangle of power, audio, and video cables, the Apple TV I had given as a gift just the year before had been discarded like a wad of wrapping paper.

As I fished it out and wiped it off, it wasn’t the wasted money that got me down. The most disappointing part of finding the forgotten present was remembering how long I had spent thinking of the perfect gift — and realizing that a lousy package of tube socks would’ve gotten more use.

Take it from a tech journalist (one who traffics in epic holiday gift guides, no less): Smart home gadgets are some of the worst gifts you can give. That’s true for several reasons. Most notably, it’s because when you give someone a connected home device, you’re giving them the hassle of setting one up and maintaining it — and you’re assuming it’s something they’ll want in their lives in the first place.

If you’re thinking about getting someone smart home tech this holiday season, first consider who you’re buying it for. If they’re adults, they likely have the money to buy a smart home gadget on their own. So if they wanted it, they probably would’ve bought it already. And if they hadn’t yet picked one up, it’s likely because they don’t need it that much anyway. (If it’s on their Amazon wish list, though, go ahead and pull the trigger.)

Then there’s the matter of what smart home gear to actually buy. I bought the Apple TV because I hoped the recipient would use it to view FaceTime calls on his big screen television, so he could video chat from the comfort of his own recliner. That never happened. I thought the Apple TV would make his life easier, but he didn’t see the need for it.

Another factor to consider: Buying someone a gift, smart or not, that takes up real estate in someone’s home sets up a battle of resentment versus disappointment. The recipient may not want an Amazon Echo (not even one of slick new white ones) dominating their countertop, for instance. But a gift giver may have hurt feelings if they visit and find their present has been stuffed away in a closet. As smart home gadgets improve their design, this becomes less of an issue, but no matter how nice they look, you can’t assume someone wants an air quality sensor loitering around amongst their knickknacks. You’re messing with their feng shui, whether they practice the Eastern art or not.

Then there’s the matter of the inevitable tech headaches. As nice as smart home gadgets do or don’t look, they are fundamentally designed to solve problems. But sometimes they create more issues than they remedy. For instance, installing a home security camera in the garage supposes that the home’s Wi-Fi reaches out there — and if it doesn’t, get ready to start monkeying with a router, a wireless bridge, or other network-extending technology. Then, once you get it running, outages and other problems can take the joy out of new tech. One thing tech always needs is tech support, and by foisting these products on people who never had them before (nor asked for in the first place), you’re giving them a frustrating new hobby to suck up their days.

When Lindsay Schey, founder and editor of The Gift Insider, bought a Nest Thermostat for her parents recently, she did it right. As a part of the gift, she helped them set it up, putting the app on their phone and everything. “If you’re willing to set it up, help them use it, and make their life easier, buying tech a great idea,” says Schey. But there’s a side effect to good gifting: Schey now has to provide support for her parents thermostat.

“Once you give it, and you offer to set it up, you are on call,” she says. Not only that, but the product may involve subscriptions or other joy-killing fees. So if you’re not paying attention, the gadget will become a gift they have to work for — and no one wants that. 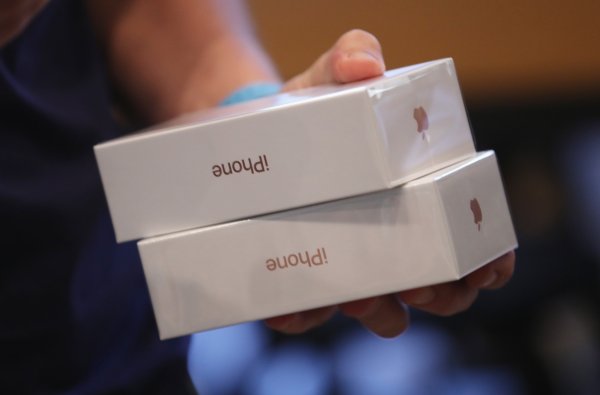