Jurgen Klinsmann has been fired as the head coach and technical director of the U.S. men’s national soccer team, U.S. Soccer announced Monday. No replacement was announced, and details on that are expected to be released on Tuesday.

The decision comes less than a week after the U.S. lost 4–0 to Costa Rica in a 2018 World Cup qualifying match. It was the worst shutout loss in World Cup qualifying since 1957 and ensured the U.S. began the final round of qualifying with no points for the first time since the CONCACAF region moved to its current format.

Klinsmann was named the head coach in 2011 after several attempts by U.S. Soccer president Sunil Gulati to hire him in 2006 and 2010. In December 2013, he signed a contract extension that ran through 2018 and was also named technical director of the men’s program.

“We want to thank Jurgen for his hard work and commitment during these last five years. He took pride in having the responsibility of steering the program, and there were considerable achievements along the way. Many are aware of the historic victories, including leading us out of the Group of Death to the Round of 16 in the 2014 FIFA World Cup, but there were also lesser publicized efforts behind the scenes.

“He challenged everyone in the U.S. Soccer community to think about things in new ways, and thanks to his efforts we have grown as an organization and expect there will be benefits from his work for years to come. While we remain confident that we have quality players to help us advance to Russia 2018, the form and growth of the team up to this point left us convinced that we need to go in a different direction. With the next qualifying match in late March, we have several months to refocus the group and determine the best way forward to ensure a successful journey to qualify for our eighth-consecutive World Cup. There has never been a greater time for soccer in this country, and with the support and efforts of the millions of fans, sponsors, media and friends, we look forward to continued progress in the game we all love.”

Under Klinsmann, the U.S. won the 2013 CONCACAF Gold Cup and reached the round of 16 of the 2014 FIFA World Cup, falling to Belgium in extra time. The U.S. also reached the semifinals of the 2016 Copa America Centenario, where it fell 4-0 to Argentina and then again to Colombia in the third-place game, settling for fourth.

On the flip side, the U.S. lost in the semifinals of the 2015 Gold Cup–falling on home soil to Jamaica–and proceeded to fall to Mexico in the inaugural CONCACAF Cup playoff for the region’s place in the 2017 FIFA Confederations Cup. The consecutive losses this month to Mexico and Costa Rica put the Americans in an early hole and have raised the possibility of missing the 2018 World Cup as they sit at the bottom of CONCACAF’s table.

The next World Cup qualifying matches for the U.S. will be in March against Honduras and Panama. 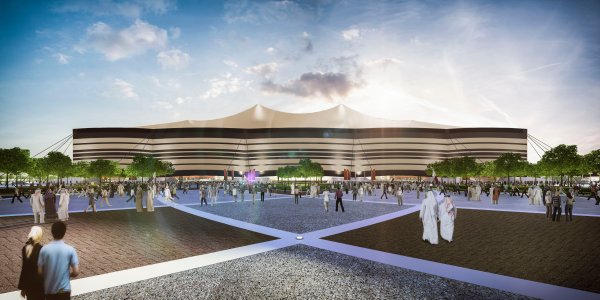 Alcohol Banned From Public Spaces During Qatar World Cup
Next Up: Editor's Pick