I Was Imprisoned in a U.S. Internment Camp. Bigotry Put Me There.

Ann Burroughs is the Board Chair of Amnesty International USA. She is a lifelong human rights advocate who was imprisoned in her native South Africa as a result of her anti-apartheid activism

It is one of the most shameful periods of U.S. history. A nation brought low by a shocking act of war and caught up in hateful hysteria brought its weight to bear on innocent people. Tens of thousands of Americans of Japanese ancestry were taken from their homes, their businesses and their lives and subjected to mass imprisonment on American soil during World War II. This disgraceful exercise in racial profiling left a deep scar on the country’s legacy.

In the decades that have passed, Americans said that it would never happen again. We would never let hatred and fear blind us to our shared humanity. We prided ourselves on having evolved beyond such impulses that would make us discriminate against an entire population based on where they came from, how they looked or how they prayed.

To our great sadness, we are seeing these chilling ideas creeping back into normal discourse around the world. We saw it with the Brexit vote in the U.K. We have seen it in Hungary and the Philippines, and any number of places whose people thought “It can’t happen here.”

And now we are seeing it in the United States. President-elect Donald Trump exploited xenophobic anxiety throughout his campaign. He has spoken often of blocking Syrian refugees’ resettlement here, banning Muslims from entering our country and building a wall at our southern border—proposals and campaign pledges that promised to punish people based on race and religion. And now there are very real fears that this rhetoric might become reality.

Most recently, the reports that his transition team is considering proposals to establish a registry for immigrants from countries with primarily Muslim populations have thrown this country’s shameful past into fierce relief.

We are already beginning to reap the seeds of hatred that Trump’s rhetoric has sown. Reports of hate-driven actions and threats across the country are not a coincidence—they are further proof that Trump has emboldened bigotry in the U.S. in the same way that Japanese Americans were stripped of their civil rights in plain sight. We must aggressively act to keep this from happening again.

The rich ethnic and cultural diversity of the people of the U.S. should be celebrated and appreciated. As he selects his cabinet and takes the oath of office, Trump must reconsider what he has said and be a leader who supports equality and liberty for all.

Fear and bigotry won’t make the U.S. safer, and we must resist any calls to enact policies that would enshrine either in U.S. law and practice. We cannot forget what happens when our leaders disregard their human rights obligations and act without conscience. If we do, we are truly lost.

This is the time when we must appeal to the good in humanity to create a more just nation that treats all Americans with the dignity they deserve. We must ensure that the most tragic civil rights chapters in our history remain where they belong—in history books and museums as part of our past, and not as part of our future. 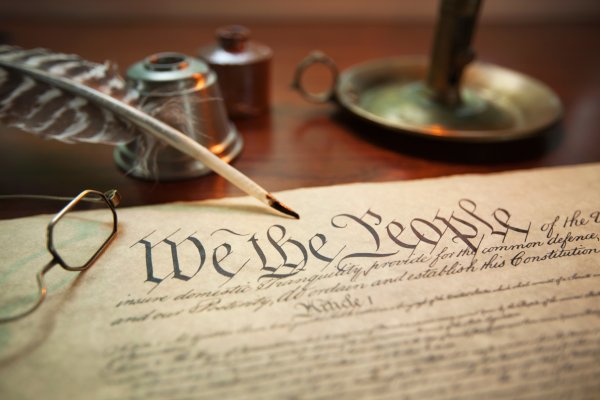 The Myth That Keeps Democracy Intact
Next Up: Editor's Pick