Donald Trump and the Epidemiology of Hate

President-elect Donald Trump meets with U.S. President Barack Obama during an update on transition planning in the Oval Office at the White House in Washington, D.C., on Nov. 10, 2016.
Jim Watson—AFP/Getty Images
Ideas
By Akash Goel and Andrew Goldstein

Dr. Goel is a physician and recipient of the Cannes Lion for his work in human rights advocacy

Perhaps the most haunting realization of a Donald Trump presidency is the normalization of exceedingly reactionary sentiments that run counter to the founding principles of America. It is neither partisan nor opinion to suggest that the rhetoric surrounding the Trump campaign was definitionally hateful, misogynistic, xenophobic, and racist. Beyond its toll on our political discourse, this hatred can have real and dramatic health implications. In addition to the physical harm potentially caused by violence, hate crimes can lead to tremendous downstream health consequences caused by anxiety, fear and the psychological effects of isolation.

We have already heard of election-related increases in anxiety levels among patients and reports indicate that utilization of crisis support services is on the rise. We believe that existing public health and medical approaches offer a unique opportunity to tackle this emerging threat.

The first step of a public health approach is to understand what is happening and to whom. Hatred appears to have been further emboldened by Trump’s win. Hate crimes — such as graffiti, verbal attacks, and violence — already increased during the campaign and this trend may be worsening since the election. Apart from the act, the transgressions appeared directed towards the fill in the blank “other” — women, immigrants, Hispanics, African Americans, Muslims, Jews, LGBTQ — and there is simply no hiding the fact that much of it is done in the name of Trump or his electoral win.

Though Trump has not outright called for violence, he has insufficiently denounced it. With Steve Bannon, who openly pushes an ideology of bigotry, and Senator Jeff Sessions, known for his homophobic and nativist policies, Trump continues to enable a permissive environment. It was perhaps our explicit worst fear that Trump’s demagoguery and the media air time devoted to it would lead to a rise in not only hateful speech in the public but also a subsequent increase in hate crimes and violence. This fear appears to be proving true with early data released last week by the FBI which stated there was a nearly 6% rise in hate crimes in 2015 from the year before. Further, 2015 marked the highest number of hate crimes directed towards Muslims since 2001, totaling 257 for the year which was a 67% hike from 2014. In New York City, hate crimes are up 31% from 2015. There appears to be an epidemic of hate.

The next step is to scrutinize our systems for surveillance and intervention. One system for hate crimes tracking has been the Department of Justice Civil Rights Division. Unfortunately, in addition to a rising number of hate crimes, there is a concern that the Trump administration will insufficiently use the legal system to investigate and prosecute these crimes. The Department of Justice Civil Rights Division was neglected under President Bush, and later resuscitated under President Obama, with a focus on voting rights, police misconduct, and LGBTQ hate crimes.

It is unlikely that the Trump administration will continue this trajectory, and despite his “law and order” rhetoric, it is concerning that these crimes will go unattended or under-attended.

Given gaps in tracking and intervention, the next step is seeking better surveillance systems and developing effective solutions. Some work on this has already been initiated. As even the DOJ described hate crimes as under-reported, and with the possibility of Trump administration neglecting these issues further, civil society has already stepped in. Technology innovators such as Ushahidi and longstanding anti-discrimination groups such as the Southern Poverty Law Center have already been leading the charge with tools for reporting and mapping hate-based activity. Ushahidi’s Post Election Monitor and the SPLC’s Hate Map can supplement the FBI’s systems for crime reporting. Given that the downstream health effects of hate crimes and discrimination are so dramatic, public health and medical systems should join these efforts. Public health systems have deep experience with meticulously capturing, monitoring, and using data over time to identify and track risk factors, map incidence, and study outcomes and potential solutions. Doctors and psychologists can supplement these efforts by playing a role in detecting and reporting events their patients experience, and by providing necessary support, counseling, and access to further care.

This is not meant to replace other mechanisms of addressing hate crimes, such as the criminal justice system, but rather it is meant to be adjunctive and, in a time of neglect, a stopgap measure. But an additional benefit is that incorporating a public health approach allows for shifting the discourse of such incidents from blame, which can be politicized and even magnify the initial insult, to prevention. In a time where our national political discourse is so antagonistic, the more neutral language of public health may at times be helpful (although this is not meant to condone hateful acts).

So, where can the public health community start? A public health approach first and foremost requires rigorous and meticulous collection and tracking of data. Civil society, academia, and the media can and should build and use the data infrastructure that will allow for meaningful conversation about what is truly happening. The FBI’s Hate Crime Statistics report simply relies on law enforcement incident reports. These numbers are not catching hate speech, notes, threats, or actions that do not constitute crimes, but that may nonetheless be risk factors and serve as harbingers of the crimes. To use the health analogy, this would be like trying to prevent HIV without having data on where people are using IV drugs. Perhaps organizations such as the American Public Health Association together with the Bureau of Investigative Journalism or ProPublica could champion this cause and track hate speech with mechanisms that are more exhaustive than relying simply on law enforcement incident reports. Soul-searching technology companies may also be hungry for a role. This data collection and processing problem could also be ideally suited to an innovative public-private initiative with a tech industry partner such as IBM, as one of the prime use cases for Watson is to process large data streams of unstructured language from various inputs.

Second, the Department of Justice’s current model is very static — it collects incident reports and tracks data with public reports only generated yearly. If hate crimes were treated as a notifiable condition like many infectious diseases or situations concerning for child abuse, they would be reported and analyzed immediately. Real time data analysis and action would allow for government agencies, local law enforcement, and civil society organizations to respond immediately, but also enable increased accountability. Event mapping can and should be coupled with the status of responses by government agencies, employers, and the general community (e.g. arrest made, graffiti taken down, employee fired).

For those deeply concerned about the prospect of a Trump Presidency, the concept of checks and balances at the Executive level has brought some solace. But even early in America’s history, Tocqueville saw in our strength the power of civil society, our groups of motivated citizens. We are our own checks and balances against bigotry, hatred, and violence. Our current mechanisms for stemming this rising tide are unsophisticated and insufficient, and will likely be further neglected. A public health approach to the epidemiology of hate crimes will enable an informed discussion of the character and volume of the problem and allow for preventive efforts in highly affected areas. When faced with the threat of pandemic, our public health systems are a fortress. Now, more than ever, they should be leveraged against our time’s most virulent strain: hate. 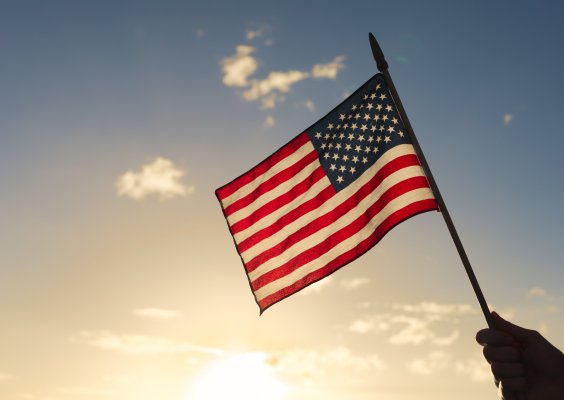 America Is Unhinged and Nobody Will Take the Blame
Next Up: Editor's Pick