Police confront protesters with a rubber bullet gun during a protest against plans to pass the Dakota Access pipeline near the Standing Rock Indian Reservation, near Cannon Ball, N.D., on Nov. 20, 2016.
Stephanie Keith—Reuters
By Mahita Gajanan

The ongoing controversy over the Dakota Access Pipeline exploded late Sunday when authorities doused protestors with water in subfreezing weather, leading several to be hospitalized.

Native American and environmental activists have protested the Dakota Access Pipeline for months, opposing the 1,200-mile project on the grounds that it violates the rights of the Standing Rock Sioux Tribe and will add to detrimental climate change. The demonstrations have drawn national headlines as police have violently cracked down on growing opposition, using pepper spray, dogs and arrests.

What happened on Sunday ?

From Sunday night into early Monday morning, authorities blocked nearly 400 protestors trying to remove a roadblock on Blackwater Bridge, near the site of the pipeline, using tear gas, rubber bullets and water hoses, the Associated Press reported. Temperatures were in the low 20s.

At least 17 protestors were taken to hospitals, suffering from hypothermia and head injuries after being hit by rubber bullets, Dallas Goldtooth, an organizer with the Indigenous Environmental Network told the AP. He said one person had a heart attack.

“It is below freezing right now and the Morton County Sheriff’s Department is using a water cannon on our people—that is an excessive and potentially deadly use of force,” Goldtooth told Reuters.

The protestors, who call themselves “water protectors,” were trying to remove two burned-out trucks on the bridge on Highway 1806, which had been blocking the bridge since October. They wanted to remove the blockades to allow the nearby Standing Rock encampments access to emergency services, and so local traffic could move freely, Reuters reported.

According to the AP, Morton County Sheriff’s spokesman Rob Keller denied a water cannon was used to douse protestors. Keller said water hoses owned by the Mandan Rural Fire Department were used to turn back protestors during a violent clash and put out fires they had set.

The Texas-based Energy Transfer Partners is set to build the 1,200-mile pipeline in order to transport about 570,000 barrels of crude oil every day from North Dakota to Illinois. The nearly $4 billion project was proposed in 2014 and was expected to complete this year. Proponents of the project say the pipeline will provide the most direct and safest route of transporting shale oil from North Dakota to Gulf Coast refineries.

Why are the Sioux and other environmental activists protesting the pipeline?

The Standing Rock Sioux have been at the center of opposing the pipeline, uniting a number of different interest groups around their cause. A main concern is that the pipeline would tamper with the primary drinking water source for the Sioux, a tribe of about 10,000 with a reservation in central North and South Dakota. The Sioux also argue that the pipeline traverses a sacred burial ground. Environmental activists have joined the opposition, arguing that the pipeline would contribute to man-made climate change by adding to oil infrastructure in the U.S.

Opponents of the pipeline have grown to the thousands and have protested for months to delay and, eventually, stop the pipeline. The demonstrations have attracted celebrity figures like Shailene Woodley, who was arrested at a protest in October, Mark Ruffalo and Jesse Jackson, who have traveled to North Dakota to stand in solidarity. 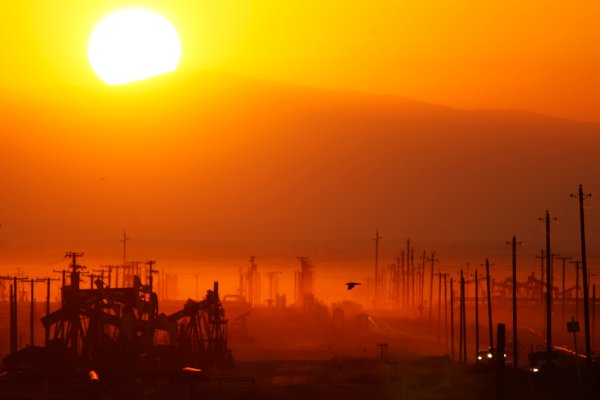 Businesses Must Take the Lead on Climate-Change Action
Next Up: Editor's Pick