In the final weeks of his campaign, Donald Trump proposed a constitutional amendment that would create term limits for members of Congress—a change that would disqualify almost half of those who are currently serving.

Trump, who has reiterated his pledge to implement term limits since winning the election, wanted to set a three-term (six-year) cap for House members and a two-term (12-year) cap for senators. (He didn’t specify whether they would be retroactive, but we’ll assume for the sake of argument that they are.) Thirty-two senators and 226 representatives are currently in violation of those limits.

See the effect of Trump’s term limits below, and use the sliders to adjust the limits and watch the composition of Congress change.

While there are currently no term limits for Senators or House members, Republicans have talked about the idea for years. In 1994, congressional Republicans proposed the “Contract With America,” which would have imposed a maximum term of 12 years for both senators and members of the House. The measure failed to win two-thirds of both the House and Senate required to send the proposed amendment to the states for ratification. It would then require three-fourths of the states, currently 38, to add it to the Constitution.

Former Speaker Newt Gingrich, a close adviser to Trump and author of the Contract with America, pushed for the amendment, which would have curbed his own 10-term tenure in the House had it been in place. While Trump has resurrected the idea, the president plays no formal role in approving constitutional amendments.

Data is from the United States Project and includes information through the current 114th Congress. For members who have served in both the House and Senate, the term limits are applied only to their current chamber. 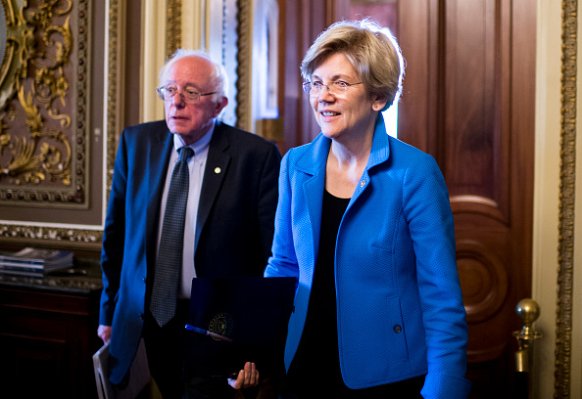 Democrats Elevate Sanders and Warren as Party Plots Comeback
Next Up: Editor's Pick