Kanye West has cancelled the rest of his Saint Pablo tour dates, after cutting a Sacramento, CA concert short after only performing three songs and canceling a makeup performance in Los Angeles.

A representative for West confirmed to Pitchfork that the remaining dates on his tour have been cancelled and that “tickets will be fully refunded at point of purchase.”

West made headlines recently following controversial statements he said during tour stops, including telling concertgoers that “he would’ve voted for Trump” and openly criticizing Hillary Clinton, Mark Zuckerberg, Drake, Beyoncé and Jay Z, and radio stations, while advocating for artists like Frank Ocean and Kid Cudi.

West’s Saint Pablo tour began in August this year and followed the release of his seventh studio album, The Life of Pablo. 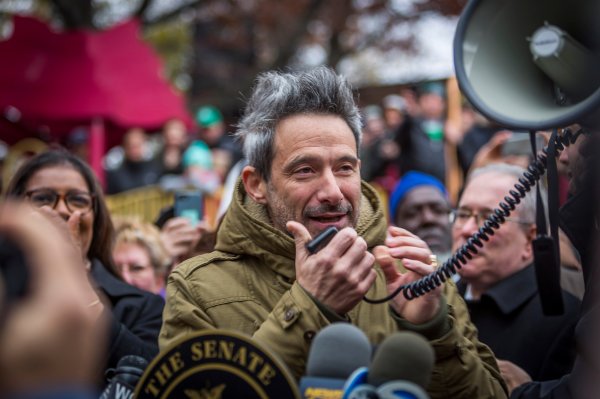 Watch the Beastie Boys' Ad-Rock Speak Out Against Hate at a Adam Yauch Park Rally
Next Up: Editor's Pick