Bisexual women and men make less money than their heterosexual counterparts, according to a new study, reports Bloomberg.

The study, conducted by researchers at Indiana University and published in the American Sociological Review, found a 7% to 28% wage gap for bisexual women and an 11% to 19% wage gap for bisexual men. The study examined two data sets that accounted for 10,000 individuals. The study doesn’t definitively prove that discrimination causes the bisexual wage gap, but the study’s author says that the gap can’t be explained by other factors, such as career, education and age.

“The findings are suggestive of discrimination,” Trenton Mize, the study’s author, told Bloomberg. “Because I’ve accounted for all the reasonable explanations for why we have that gap.”

Mize argued that bisexual individuals are often viewed by employers as immature, dishonest and less competent. And, as Bloomberg notes, there’s no federal law on the books that prohibits discrimination based on sexual orientation. And that’s unlikely to change under Donald Trump’s presidency, considering he’s expressed support for the First Amendment Defense Bill, which would allow businesses to discriminate against LGBTQ individuals based on their religious beliefs. 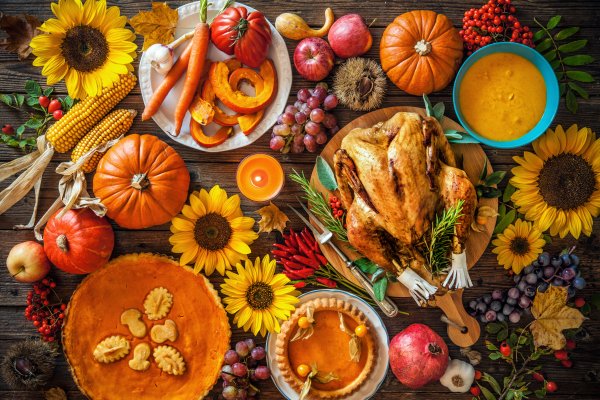 12 Conversation Starters to Help Break the Ice at Thanksgiving
Next Up: Editor's Pick