More Americans Like Donald Trump Now That He Won

American voters have warmed to President-elect Donald Trump in significant numbers following his stunning electoral upset over Hillary Clinton, according to a new poll.

The Politico/Morning Consult survey found that 46% of voters now have a favorable or somewhat favorable opinion of Trump. That represents a nine-point jump in popularity since before the election, when only 37% viewed Trump favorably. While Trump’s unfavorable numbers have dropped 15 points, the poll still reveals a split among voters; 46% still view him unfavorably.

Presidents-elect typically enjoy a bump in popularity in the initial weeks following their victory. But after a historically bitter and divisive campaign, Trump is not enjoying the same rise Barack Obama did after his election in 2008.

“This honeymoon phase in common for new presidents. For example, Obama saw about a 20 point swing in his favor following the 2008 election,” said Morning Consult cofounder and Chief Research Officer Kyle Dropp.

Voters also believe the transition of power is going well, though many are uninformed about Trump’s first few major staff picks. Over half of those polled did not know or had no opinion about his chief of staff Reince Priebus, chief strategist Steve Bannon, or his pick for Attorney General, Sen. Jeff Sessions.

The poll of 1,885 registered voters had a margin of error of plus or minus two percentage points. 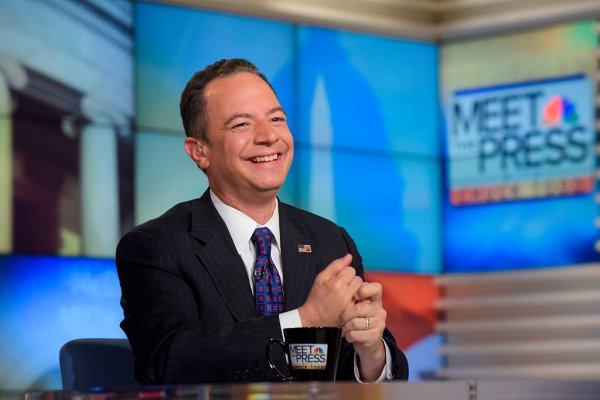