Members of D.C. Antifascist Coalition protest in opposition to a conference by the National Policy Institute in front of the Magliano's restaurant in Washington, D.C., on Nov. 18, 2016
Andrew Biraj—AFP/Getty Images
By Mahita Gajanan

A member of the white-nationalist National Policy Institute was hurt on Saturday after confronting protesters outside the site of a Washington conference hosted by the group on Saturday.

The conference, organized to celebrate Donald Trump winning the presidential election, was held at the Ronald Reagan Building and International Trade Center and drew hundreds of demonstrators protesting fascism and racism.

Protesters remained peaceful until a man and woman from NPI approached them with a video camera and microphone. CNN reports that the woman, who went by “Emily,” interviewed a protester and asked him if he is a “self-hating white person.” Another protester knocked down the video camera, held by the man, and the two fought. The man left the fight with a bloody gash on his forehead.

Police handcuffed two protesters and later took the two people from NPI to an ambulance. 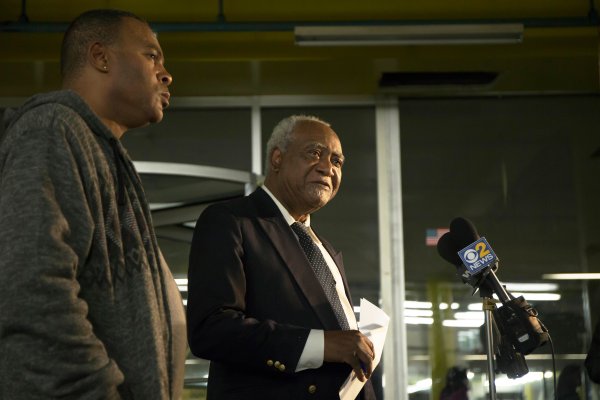 Pair of Teenagers Charged With Murder of Congressman's 15-Year-Old Grandson
Next Up: Editor's Pick